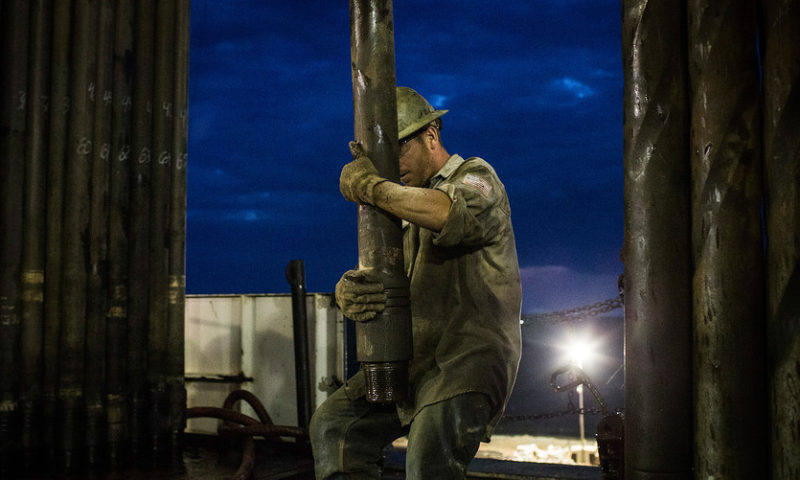 Oil trading on Nymex ended at 1:30 p.m. Eastern Time, an hour earlier on the eve of Christmas, with global markets closed on Tuesday in observance of the holiday.

Evidence of sagging economic expansion across the globe, with the exception of the U.S., has resulted in bear markets cropping up in a number of stock markets, diminishing some appetite for assets perceived as risky, like oil. Receding global growth could lead to weaker energy demand.

U.S. stocks marked their worst daily declines on the trading day before the Christmas holiday in history, with the Dow Jones Industrial Average DJIA, -2.91% and the S&P 500 index SPX, -2.71% recording losses of nearly 3% on the day.

“We have such a risk-off appetite in the broader markets that crude’s only getting swept up in that sentiment as well,” Matt Smith, director of commodity research at ClipperData, told MarketWatch on Monday.

So far, efforts by Saudi Arabia, the de facto leader of the Organization of the Petroleum Exporting Countries, to limit output beginning early next year by 322,000 barrels a day — more than a previously announced cut of 250,000 barrels a day for six months starting in January, according to the Wall Street Journal — hasn’t adequately quelled concerns. Continued growth in U.S. crude production, notably by shale-oil producers, also has contributed to worries about a growing glut worldwide.

“Incredibly in the face of even deeper production cuts, petroleum markets have hit fresh lows. And while the production cut should restore a semblance of supply balance for the first half of 2019, global growth concerns and shale production, which continues to make new record highs, has investors deeply concerned,” wrote Stephen Innes, head of Asia Pacific trading at Oanda, in a research note dated Dec. 23.

ClipperData’s Smith said “there hasn’t been any real areas of support [for crude prices], so we are continuing to push levels to $44 or $42.

This still looks like just a stock-market correction, not something worse