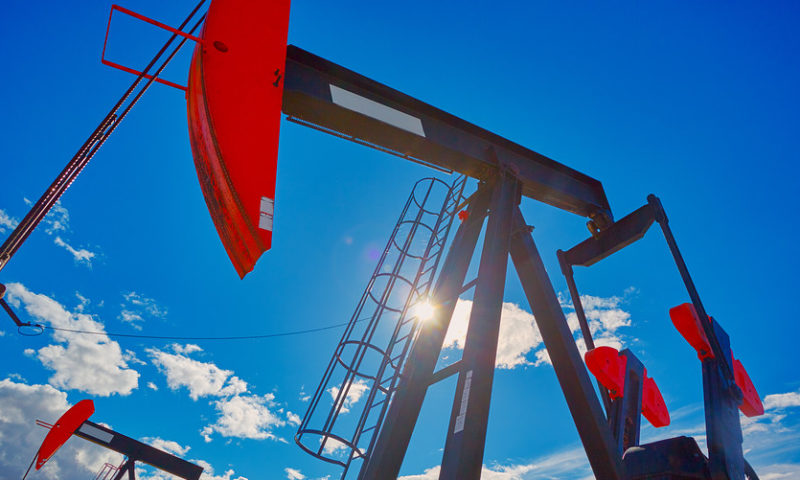 Oil futures on Monday managed a slight gain in the final trading day of a volatile 2018 that finds energy benchmarks down sharply from their highs of the year.

“It’s a thin market and we are seeing the commodities come down here on no real catalyst,” Ed Moya, senior market analyst at Oanda, told MarketWatch. “Most of the people that I usually talk to are away on holiday,” he said. Most major markets will be closed on New Year’s Day Tuesday.

Oil market participants will be watching the Organization of the Petroleum Exporting Countries and its allies, led by Russia, closely as 2019 gets under way. OPEC — essentially led by Saudi Arabia — and its production partners outside the cartel agreed in early December to begin limiting crude output by a collective 1.2 million barrels a day at the start of January.

Algeria’s energy minister said Sunday he was confident oil prices will return to between $65 and $70 a barrel by April, but indicated that the OPEC alliance would cut production further if the market had not responded by then, the country’s official APS agency said, according to a report by S&P Global Platts.

The official, Mustapha Guitouni, said he believed the $65-$70 to be the Goldilocks price — optimal for producers and consumers — even though OPEC has repeatedly emphasized it doesn’t target prices but focuses on supply-and-demand fundamentals, with stock levels being a guide to market balancing, the report said.

So far, the deal, and signs of stronger U.S. contributions, haven’t had the intended effect of quieting market jitters about oversupply and boosting prices.

“The key swing producers within OPEC+ do have meaningful spare capacity and are able to use it if they deem it necessary,” analysts at JBC Energy wrote in a note Monday. “That said, it is nonetheless a difficult tool to use correctly in a world where forecasters tend to routinely underestimate U.S. production by several hundred thousand barrels per day.”

As for the U.S. picture, the Energy Information Administration reported Friday that domestic crude supplies fell by 46,000 barrels for the week ended Dec. 21. Gasoline stockpiles rose by 3 million barrels last week, while distillate stockpiles were virtually unchanged, according to the EIA.

That data contrasted with a late Thursday report from American Petroleum Institute, which indicated an inventory build of 6.9 million barrels for the same week, which was more than twice estimates for a build of around 3 million barrels.

Lately, battered crude prices have moved in lockstep with those of stocks, with recent gains in stock markets being credited to signs of trade progress between the U.S. and China.

Which markets are closed — and when — on New Year’s Eve and New Year’s Day?

Trump says he’s ‘not giving up’ on building a wall