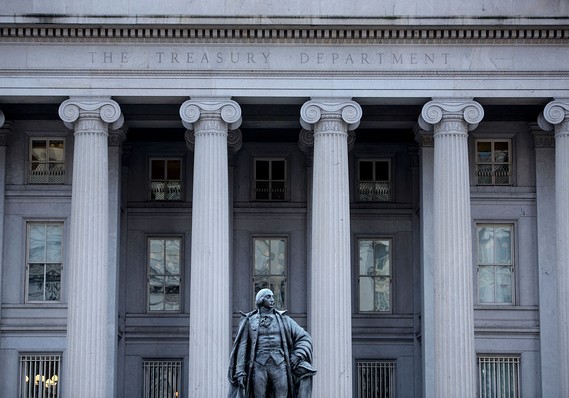 CBO publishes list of 121 ways to cut the deficit

The numbers: The U.S. ran a $205 billion deficit in November, a jump of $66 billion, or 48%, from the same month a year ago, the Treasury Department announced Thursday.

November’s worse budget picture is mostly due to a $44 billion calendar-related shift in when payments got sent out.

What happened: The U.S. took in 1% less in revenue, mostly as individual withheld and FICA taxes fell by 2%, while corporate taxes fell by 23%. Customs duties doubled to $6 billion, on the impact of rising tariffs.

For the fiscal year as a whole, the deficit has grown by 51% to $305 billion. The Treasury Department says that adjusted for timing-related transactions, the deficit would have been $270 billion over the last two months compared to $250 billion during the same period the prior year, with tax revenue up by 1% but spending up by 4%.

The big picture: The budget picture is deteriorating as the U.S. taxes individuals and companies less and spends more, mostly on defense and benefit payments to an aging population. A growing economy is softening the blow, however, and it’s unclear at this point whether the annual deficit will top $1 trillion this year.

The Congressional Budget Office on Thursday published a list of 121 options to reduce the deficit, including establishing caps on federal spending on Medicaid, reducing the Department of Defense’s budget, and increasing payroll taxes.

Market reaction: If there are concerns about the U.S. budget picture, they’re not showing in the bond market. The yield on the 10-year TreasuryTMUBMUSD10Y, -0.93%   is down about 32 basis points from its November highs.