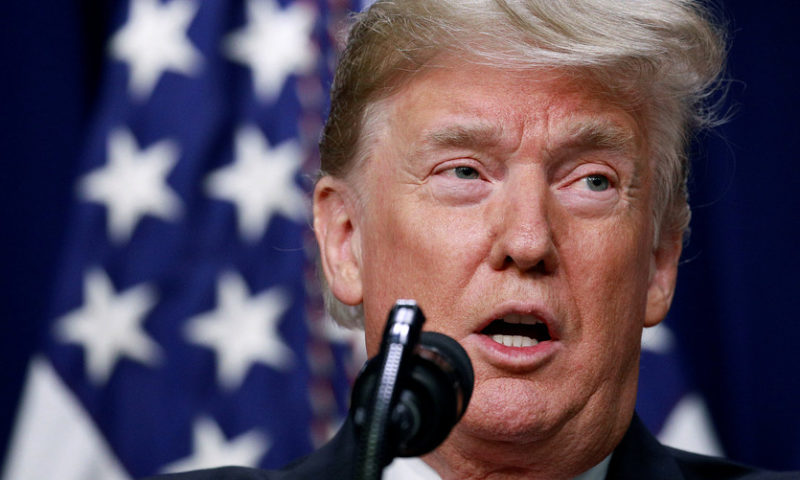 President Donald Trump pledged anew to build a wall between the U.S. and Mexico, saying he’s ready to make a deal with the Democrats when they provide funding for border security.

Trump made the comments in a Dec. 31 interview with Fox News, as he also reiterated his assertion to build the border wall in tweets sent on New Year’s Eve:

Trump said he would remain in the White House for New Year’s Day, canceling plans to travel to his Mar-a-Lago resort in Florida because of the government shutdown that has furloughed thousands of federal workers.

House Democrats readied a package of bills Monday that would reopen the federal government without funding for Trump’s wall, as the shutdown entered its second week. The House plans to vote as soon as Congress convenes Thursday, and Democrats are expected to approve the bills, but it remains unclear whether the Republican-led Senate will consider that legislation — and, if it does, whether Trump would exercise his veto.

Trump tweeted late on New Year’s Eve that the Democrats would “probably submit a Bill, being cute as always, which gives everything away but gives NOTHING to Border Security, namely the Wall.”

As well, Trump commented in the Fox interview on Sen. Elizabeth Warren’s announcement on Monday that she had launched an exploratory committee for a presidential run in 2020. When asked whether she could actually win that race, Trump said: “Well, that I don’t know. You’d have to ask her psychiatrist.”

U.S. oil ekes out a gain as futures close out declines for month, quarter and year