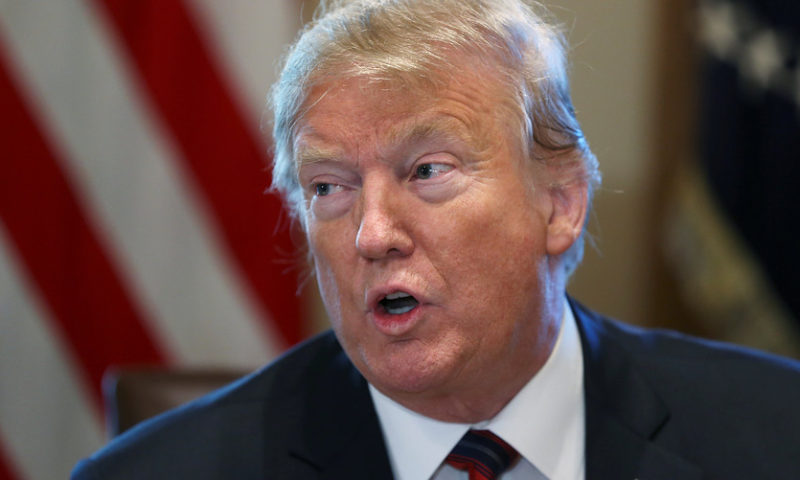 President says another shutdown is ‘certainly an option’

President Donald Trump said Sunday that he doubts Congress will deliver a border deal that he can accept, and said he was determined to build a wall anyway, possibly by emergency declaration.

In an interview with the Wall Street Journal, Trump said he didn’t think a newly created board of 17 lawmakers would reach a deal over border-wall funding in the next three weeks, before the next government-funding deadline.

“I personally think it’s less than 50-50, but you have a lot of very good people on that board.”

When asked if he would accept anything less than the $5.7 billion in funding that he has demanded for a border wall, he said: “I doubt it. . . . I have to do it right.”

Trump also said “I doubt it” when asked about granting citizenship for so-called Dreamers in exchange for wall funding. “That’s a separate subject to be taken up at a separate time,” he told the Journal.

Trump added that another government shutdown is “certainly an option,” backing the warning that White House acting chief of staff Mick Mulvaney said earlier Sunday. When asked if Trump was prepared to shut the government again, Mulvaney said “Yeah, I think he actually is,” the Associated Press reported.

Democrats have been steadfast in their opposition to any funding for a border wall, which they claim is a waste of money.

In the meantime, hundreds of thousands of federal employees are set to return to work Monday following the more-than-monthlong shutdown that ended Friday. Mulvaney said Sunday on CBS’s “Face the Nation” that federal workers, who have missed two straight paychecks, should get their back pay by the end of the week.

U.S. stock futures fall in a week packed with earnings and a Fed update

This Alibaba business could be its next big moneymaker