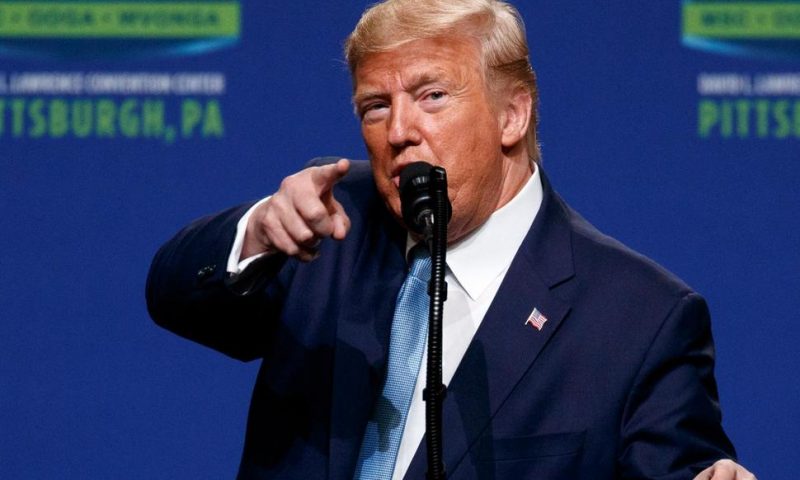 The process will take one year, potentially wrapping up just one day after the 2020 election.

THE TRUMP administration said Monday it has notified the United Nations of its withdrawal from the Paris climate agreement.

“In international climate discussions, we will continue to offer a realistic and pragmatic model – backed by a record of real world results – showing innovation and open markets lead to greater prosperity, fewer emissions, and more secure sources of energy,” Secretary of State Mike Pompeo said in a statement.

President Donald Trump referenced the historic climate change agreement last month at a natural gas conference in Pittsburgh during remarks in which he said the U.S. is at “a very good point environmentally right now.”

“It was a total disaster for our country, and I thought when I did that it would be very tough, and all I do is get applauded for that move so much,” Trump said, referring to his 2017 pledge to remove the U.S. from the global agreement.

At the conference, he repeated the claim he made two years ago in the White House Rose Garden: “My job is to represent the people of Pittsburgh, not the people of Paris.”

The agreement aims to keep global temperatures from rising more than 2 degrees Celsius above pre-industrial levels. Even if the U.S. stayed in the pledge, it wouldn’t be legally bound to meet its commitments.

According to data from the Climate Action Tracker, only two counties are on track to stem emissions enough to stay below a 1.5 degree increase and only a handful have addressed the issue enough to stay below the 2 degree threshold. The U.S. is among five countries in which emissions are on track for a global temperature rise of over 4 degrees and rank the lowest level, “critically insufficient.”

The move comes after a recent study found that thousands of heat-related deaths in the U.S. could be avoided if global temperature goals were met under the Paris climate agreement, and federal researchers have confirmed that 2016, 2017 and 2015 were the hottest years on record, in that order. They say 2019 is on track to break the top five hottest years, likely coming in behind 2016.

China-Led Asian Trade Bloc Pushes Ahead as India Drops Out