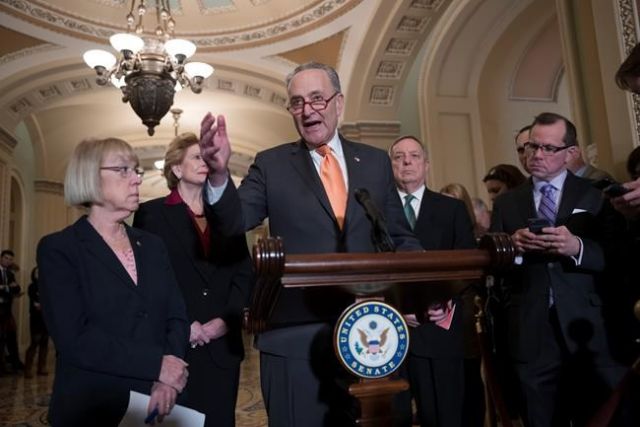 President Donald Trump appeared to back off his demand for $5 billion to build a border wall, signalling for the first time that he might be open to a deal that would avoid a partial government shutdown.

The White House set the tone Tuesday when press secretary Sarah Huckabee Sanders indicated that Trump doesn’t want to shut down the government, though just last week he said he’d be “proud” to do so. The president would consider other options and the administration was looking at ways to find the money elsewhere, Sanders said.

It was a turnaround after days of impasse. Without a resolution, more than 800,000 government workers could be furloughed or sent to work without pay beginning at midnight Friday, disrupting government operations days before Christmas.

One option that has been circulating on Capitol Hill would be to simply approve government funding at existing levels, without a boost for the border, as a stopgap measure to kick the issue into the new Congress next month. The chairman of the Appropriations Committee, Sen. Richard Shelby, R-Ala., confirmed late Tuesday his office was preparing legislation to keep government funded, likely into February.

While Trump has not said that he would sign such a measure, White House counsellor Kellyanne Conway signalled Wednesday that he may consider it.

“He’ll take a look at that certainly,” said Conway. “This is all breaking news, in other words, what the Congress is going to put before him.”

Continuing to move away from his funding demand, Trump tweeted Wednesday: “One way or the other, we will win on the Wall!”

How Greenland could become China’s Arctic base