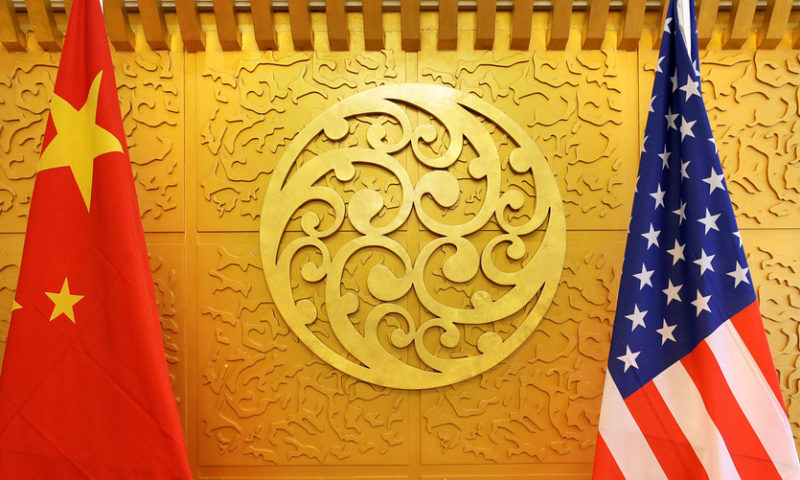 Stocks in Asia fell Friday, following a week an up-and-down few days that has left most indexes far in the red for the week. The losses came in the face of a recovery in U.S. equity markets Thursday that followed a big selloff Wednesday.

The trade dispute between the U.S. and China remained a major concern of market participants as the U.S. on Thursday said it would refuse to resume trade negotiations with China until Beijing comes up with a concrete proposal to address Washington’s complaints about forced technology transfers and other economic issues.

The impasse threatens to undermine a meeting between Presidents Trump and Xi Jinping scheduled for the end of November at the Group of 20 leaders summit in Buenos Aires. Both sides had hoped the gathering would ease the trade tensions. U.S. businesses have been counting on sufficient progress at the meeting for the Trump administration to suspend its plan to increase tariffs on $200 billion of Chinese imports to 25% on Jan. 1, from the current 10%. Such a move would be a blow to U.S. importers and consumers.

Negotiations have been on hold since mid-September, when the Chinese canceled a trip to Washington after the U.S. announced levies on the $200 billion of Chinese imports. Since then, Beijing has sought to re-engage, including asking U.S. Treasury Undersecretary David Malpass to resume talks. He declined — with the backing of the White House trade team — until the Chinese present a formal offer, U.S. officials said.