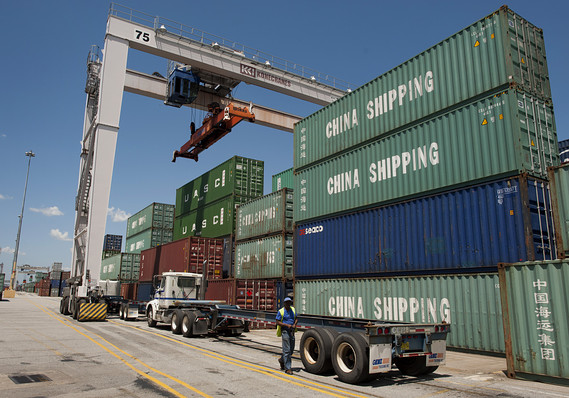 The numbers: The nation’s trade deficit rose 6.4% in August to a six-month high as Americans increasingly confident in a growing U.S. economy snapped up a record number of imports. 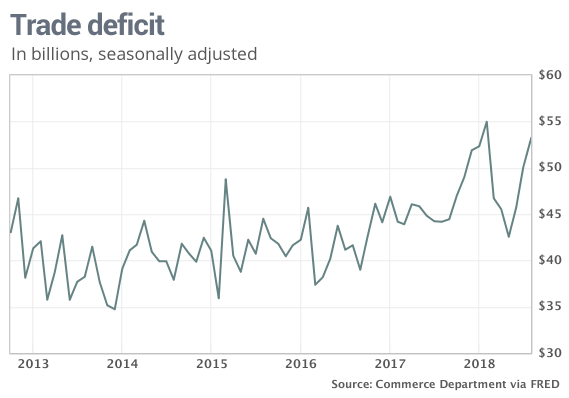 The deficit climbed to $53.2 billion from a revised $50 billion in July, the Commerce Department said Friday. Economists polled by MarketWatch had forecast a $53.7 billion gap.

Americans are spending more on foreign goods and travel because of a strong U.S. economy. Imports of autos and cell phones both surged in August.

Imports of aluminum and lumber both declined. The U.S. has applied tariffs to foreign aluminum and has been at odds with Canada over lumber.

Exports slipped 0.8% to $209.4 billion in August. Soybean shipments fell 28% in the wake of retaliatory foreign tariffs on U.S. crops.

Despite strenuous efforts by the Trump administration, the U.S. has not made any headway in reducing deficits. In August, the monthly trade gaps with Mexico and China both hit an all-time high.

Big picture: The economy is growing rapidly and poised for a strong holiday season. In a separate report Friday, the government said the economy gained 134,000 new jobs in September to push the unemployment rate down to a 48-year low of from 3.7%.

The tentative U.S. trade deal with Mexico and Canada to replace NAFTA, meanwhile, has eased Wall Street worries and helped pushed the stock market to record highs. Businesses are still anxious about trade tensions with China, but it’s had little impact on the economy so far.