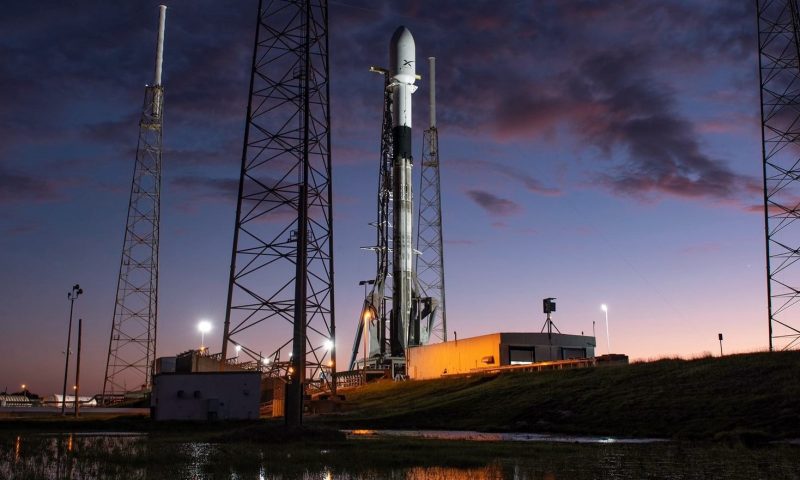 Follow the key events of the Falcon 9 rocket’s ascent to orbit with 60 satellites for SpaceX’s Starlink broadband network.

The Falcon 9 will head northeast from Cape Canaveral over the Atlantic Ocean to place the 60 Starlink satellites into a circular orbit around 180 miles (290 kilometers) above Earth. The satellites will use their ion thrusters to maneuver into their higher orbit for testing, before finally proceeding to an operational orbit at an altitude of approximately 341 miles (550 kilometers).

The Falcon 9’s first stage will target a landing on SpaceX’s drone ship “Of Course I Still Love You” in the Atlantic Ocean nearly 400 miles northeast of Cape Canaveral.

For Monday’s mission, SpaceX will also attempt to catch both halves of the Falcon 9’s payload fairing using nets aboard the ocean-going ships “Ms. Tree” and “Ms. Chief” in the Atlantic Ocean.