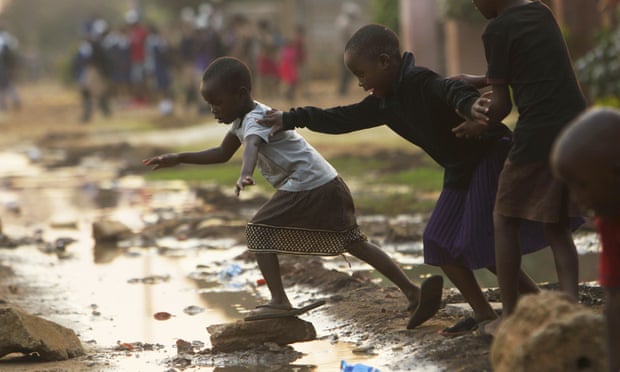 Zimbabwe faces a deepening economic crisis as hopes fade of a new wave of international investment and aid following historic elections in July.

The poll, the first after the military takeover that led to the ousting of Robert Mugabe, was won by the ageing autocrat’s former righthand man, Emmerson Mnangagwa.

Mnangagwa’s campaign slogan was “Zimbabwe is open for business”, but people in the former British colony say conditions have deteriorated since the election.

Majory Manjoro, a part-time currency dealer in Harare, said life had become unbearable. “Things are getting worse. Everything goes up [in price]. Those in authority need to make sure things get better,” Manjoro, 33, said.

Although the elections in July did not see the systematic violence of those under Mugabe, alleged irregularities during the count and violent repression following the vote have resulted in only lukewarm support for Mnangagwa and the ruling Zanu-PF party from major international powers.

The shooting by soldiers of six unarmed civilians in Harare during opposition protests has made endorsement of the new government difficult, officials privately admit.

Catriona Laing, the outgoing British ambassador, told local reporters the UK was concerned by the 1 August shootings and hoped to see political reform.

This has made the prospects of the multibillion-dollar financial package needed to stave off economic collapse unlikely, which has in turn discouraged private investors.

Few people in Zimbabwe have jobs, and infrastructure is crumbling.

At least 30 people have died in a cholera outbreak caused by sewage leaking from broken pipes into drinking water in Harare.

The UN has said that more than a million people need food aid, with more expected to need help if predictions of droughts later this year and in 2019 prove correct.

In Kuwadzana, a poor suburb in Harare, 35-year-old Blessing Mahwata said her business was falling apart due to rising prices.

“This is the toughest time I’m going through. Every time I go back to my suppliers the prices go up and it’s unsustainable,” said Mahwata, who feeds and clothes three children on her earnings as a peanut butter dealer and a part-time domestic worker.

Zimbabwe abandoned its own currency amid runaway inflation nine years ago and now uses US dollars and South African rands, supplemented by bond notes printed by the central bank which command little confidence.

Many commodities are in short supply.

Zimbabwe owes at least $18bn to major international lenders, with arrears of around $1.8bn making it hard to obtain further loans.

There are also 141 entities and individuals in Zimbabwe, including Mnangagwa and Mugabe, currently under US sanctions.

Manisha Singh, the US assistant secretary of state for economic and business affairs, told a House of Representatives hearing earlier this month that the new government has to demonstrate it is “changing its ways” before these can be lifted.

“Our pressure on Zimbabwe remains in place. We are trying to use this pressure to leverage political and economic reforms, human rights observations … We want to see fundamental changes in Zimbabwe and only then will we resume normal relations with them,” Singh said.

China has proved unwilling to provide the immediate funds needed by Zimbabwe, citing concerns over the country’s ability to repay existing unpaid debts.

Mnangagwa recently named Mthuli Ncube, a former chief economist at the African Development Bank and a lecturer in finance at the London School of Economics, as finance minister.

The choice has been welcomed by observers.

Ncube has spoken of the need for radical reforms. Last week, he said at least $15m set aside to buy cars for ministers and parliamentarians would instead be used to fight the cholera outbreak.

In recent days, the price of bread has increased by 10%, owing to an acute shortage of wheat, while fuel prices have also risen.

Authorities have deployed riot police to disperse stallholders in Harare accused of worsening the cholera outbreak by selling contaminated fruit and vegetables.

The vendors have vowed not to move.

“I cannot go off the streets but I fear that something bad might happen to me. They have threatened us countless times but I have no choice … the streets are our home,” said Tafadzwa Sakwe, an electrician who was laid off five years ago and has polished shoes since.

“The economy is deteriorating and prices are rising every day. On a good day I make US$13. I rent a one-roomed apartment in Chitungwiza with my wife and two children. It’s not enough,” he said.

Many in Harare say they are angry that life has not improved since the fall of Mugabe.

“Most Zimbabweans who marched against Mugabe never thought we could be in a worse state, a year later,” said Bright Ndebele, a 27 -year-old unemployed graduate.

“We wanted Mugabe gone so that we can have a better future. This is far below our expectations,” he said.