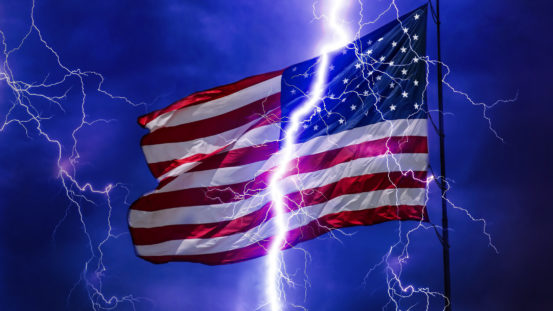 As volatility rocks markets, is it still a good time to invest in US stocks or time to take profits and run?

The US hit headlines again in the summer after the Federal Reserve raised interest rates for the third time this year, taking the federal funds rate to between 2% and 2.25%, up by 0.25 percentage points.
Though the hike had been widely expected, with markets forecasting a 99% probability, it again raises the question of just how long the US bull run can continue. There have been eight rate rises since 2015, another is expected before the year is out and there is talk of a further three in 2019.

Volatility hit equity markets earlier this month and the S&P 500 is off more than 8.5% from its all-time high in September, yet the US economy continues to fire on all cylinders and shows little sign of slowing down. This leaves investors with a conundrum over investing in the US.

For Ben Yearsley, a director at Shore Financial Planning, whether or not now is the best time be investing in the US is the million-dollar question.

“The market has roared ahead ever since Trump came to power,” he says. “Is this a coincidence? No it’s not. The tax breaks have been a big part of the market movement over the past 18 months from a corporate perspective, with corporate tax falling from 35% to 21%.

“Not only do US equities look expensive but we also remain concerned about the narrowing breadth of the equity market.”

“This is hugely important as markets should look at after-tax earnings as that’s what could be distributed to shareholders. This has subsequently fuelled consumer confidence and GDP growth.

“Most fund managers I have spoken to are suggesting about 10% earnings growth in the US for 2019, on top of the stellar year this year and last. On that basis, it is fairly easy to argue that the market is growing into what seems a heady valuation.”

Chris Rush, senior investment analyst at Iboss, believes US equities look expensive relative to history in terms of valuation and across market cap.

“To put this in perspective, the S&P 500 is currently trading at 33.38 times 10-year cyclically adjusted price/earnings ratio (Cape), which is more than twice the historical average of 15.67 times. In fact, current Cape valuations have only ever been exceeded once before in history, in December 1999, where it topped out at 44.19 times.”

As US equities have performed extremely well for a number of years and exceptionally well during the past six months, despite having traded above 30 times from October of last year, Rush asks why we give this ratio so much credibility.

He says: “Though a poor indicator of a downturn, the Cape ratio has been surprisingly accurate at forecasting future returns. If the Cape ratio is high, returns from that point are likely to be muted and vice versa.

“Not only do US equities look expensive but we also remain concerned about the narrowing breadth of the equity market, which, as we pointed out late last year, has become increasingly dominated by a small and ever- reducing number of very strongly performing stocks,” he adds.

“This has demonstrably tempted investors to run their US winners ever further, which thins out the diversification in their portfolios to boost short-term performance.

“While it may be thin to win for multi-asset investing right now, and even for a while longer, we would argue that the risk/return profile continues to deteriorate and there are better opportunities elsewhere.”

Ryan Hughes, head of active portfolios at AJ Bell Investments, says the US economy is clearly running hot, fuelled by Trump’s tax cuts, and that this has helped push equities to record levels.

“As we look forward it’s difficult not to remain positive on the US market, given the momentum within the economy and both business and consumer confidence high,” he says. “With unemployment close to an 18- year low and wages set to rise, this is boosting the feel-good factor in the economy.”

For Hughes, the risk now is whether the Fed is forced to raise rates faster than expected to take the heat out of the economy. “While it looks like it has this under control through gradual rate rises, the risk of policy error remains and we are cognisant this has the potential to cause instability if the market feels the Fed has got it wrong.

“The challenge for equities in the US is one of valuation as with a forward P/E of 17 times there is little room for earnings misses for many companies,” he says.

“While we remain positive, we see signs that this multi-year bull market is getting quite long in the tooth.”