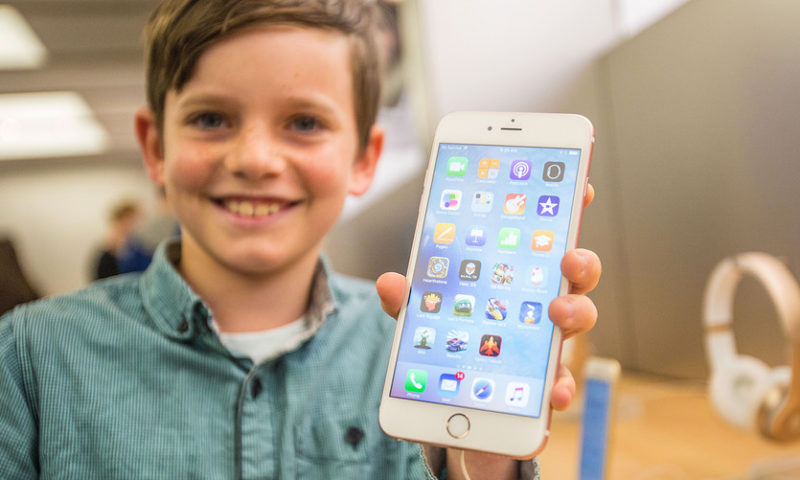 If you think your family’s smartphone addiction is bleeding you all dry, you don’t know the half of it.

Based on typical smartphone costs and usage patterns, your kids will end up spending a staggering $75,000 apiece on their phones over the course of their lives, according to valuation company Flipsy.

And even they’re only scratching the surface, because they missed out the biggest cost of all: The opportunity cost of all that money.

That figure is based on the average amount spent per year in the U.S. on cellphones, and the average returns you’d make on that money if you invested it instead from age 18 to age 78 and upgraded every 32 months. That number is also in constant dollars — in other words, it’s after accounting for inflation. Based on current average pricing, that puts your total expense at $12,474.

Put that money into an investment account, and factor in long-term returns of around 4% a year after inflation, and you reach that $300,000.

As with all calculations, there are plenty of assumptions about average users. But they help show the value of reducing these bills. Based on these calculations, someone who buys a cheap $150 Android phone every two years, and switches to a $20 a month plan, would add more than $200,000 to their retirement account.

This wouldn’t matter for anyone who is as rich as Croesus (or Jeff Bezos), but it might for plenty of others.

Alas, nearly 40% of families have less than $10,000 in financial assets and about half are at risk of serious financial trouble in retirement. Those estimates are after near-decade-long boom in stock and bond prices. According to a study by the U.S. Government Accountability Office, about half of people nearing retirement have no retirement savings.

Mortgage rates slide as echoes of 2006 haunt the housing market