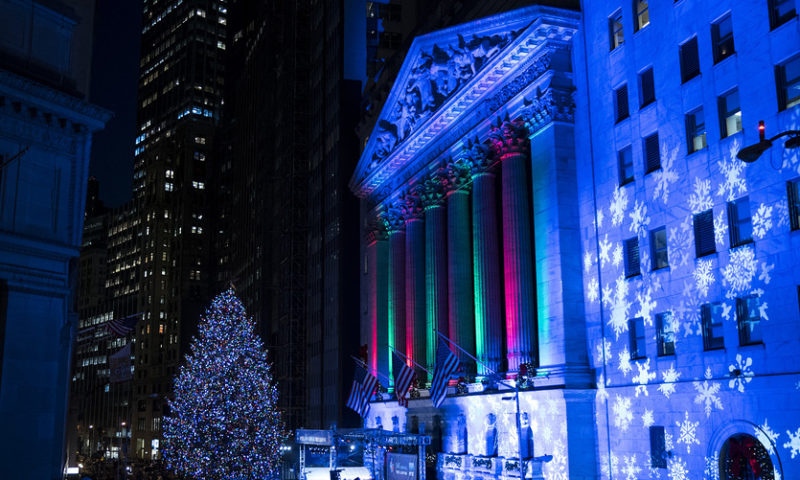 Santa is a no-show? S&P 500, Dow, Nasdaq all plunge ahead of holiday market closure

Never mind finding coal in your stocking for the holidays. Wall Street investors scored a rare — and unwanted — gift this year.

The S&P 500 index SPX, -2.71% fell by 2.7% Monday, marking the first session before Christmas that the broad-market benchmark has booked a loss of 1% or greater — ever.

That statistic has been confirmed by Dow Jones Market Data, which said the largest decline in the index on the trading day before Christmas was Dec. 23 in 1933.

The following graphic from Bespoke illustrates the index’s moves over the past 90 years or so:

The Dow Jones Industrial Average DJIA, -2.91% finished down 653 points, or 2.9%, representing its worst decline on the session prior to Christmas in the 122-year-old blue-chip gauge’s history. Check out the table below from Dow Jones Market Data:

It wasn’t pretty for the Nasdaq Composite Index COMP, -2.21% either, with the technology and internet-laden benchmark logging a 2.2% loss. That also marked the worst Christmas Eve, or more aptly, worst drop on the trading session just before Christmas in its shorter history, with the next worst drop the 0.95% decline logged in 1973. The Nasdaq began trading on Feb. 8, 1971.

U.S. stock indexes ended trading at 1 p.m. Eastern Time on Christmas Eve and will be closed on Christmas.

The current dynamic in the market has it set for its worst monthly and yearly decline in about a decade, amid nagging concerns that the Federal Reserve is normalizing interest rates too rapidly, and that a continuing tariff dispute between China and the U.S. could devolve and help lead to a domestic recession, as international economies are already demonstrating signs of a slowdown.

Also stoking anxiety was a tweet from Treasury Secretary Steven Mnuchin to assess the health of the banking system, which has raised some questions about liquidity among those institutions that had not previously been raised. Treasury officials insist that the calls to bank executives were just a routine checkup.