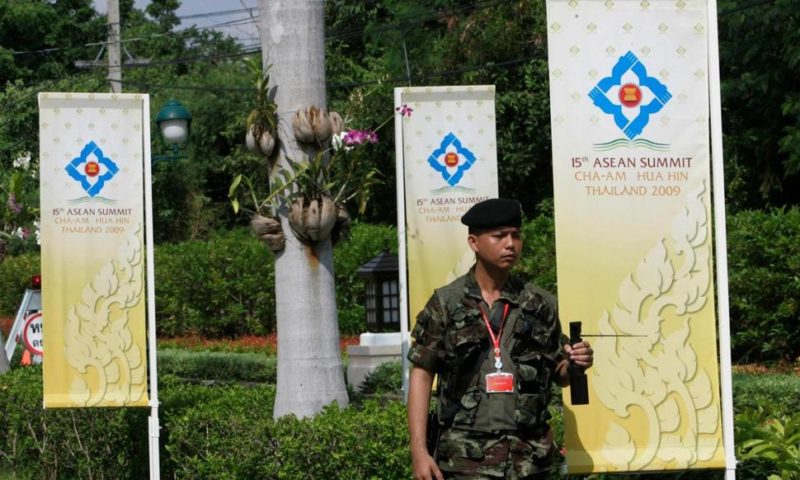 A Thai businessman had been convicted of fraud for selling fake bomb detectors to the government, five years after the head of the British supplier was sent to prison over the global scandal.﻿

BANGKOK — A court in Thailand has convicted a local businessman of fraud for selling fake bomb detectors to the Thai government, five years after the head of the British supplier was sent to prison over the global scandal.

Thailand’s military drew criticism and ridicule in 2010 when the GT200 bomb detectors — which were claimed to also be capable of detecting drugs and other substances — were exposed as worthless pseudo-scientific instruments.

The devices were sold to the Thai army and other security forces around the world. Even after they were proven useless, they were used for a time in several countries, including hot spots such as Iraq and southern Thailand, where there is an active Muslim insurgency.

The devices also carried high and variable prices, raising suspicions of corruption in their purchases.

Thailand’s technology ministry had found in 2010 that the devices had a successful detection rate of only 20 percent. Nevertheless, then-army commander Gen. Anupong Paochinda — the interior minister in the current military government — denied any corruption and lauded the device’s various “successes.” Thailand had bought more than 700 of the detectors starting in 2004 at a total cost of about $21 million.

The current defense minister, Prawit Wongsuwan, defended the military’s handling of the affair Thursday, telling reporters the devices had been tested and found working at the time of purchase, so there had been no wrongdoing by the military.

Ministry spokesman Kongcheep Tantravanich said Thai authorities had stopped using the GT200 devices “ever since foreign governments proved that they are ineffective” and that various military departments are gradually suing companies that sold them.

Sutthiwat Wathanakij, manager of AVIA Satcom Co. Ltd., on Wednesday was convicted of fraud for three GT200 sales contracts and sentenced to nine years’ imprisonment. He had already received a 10-year prison sentence last week for selling the bomb detectors to the Thai army under 12 other sales contracts worth 600 million baht ($18.5 million).

The GT200 was one of several similar fraudulent devices sold by a loosely connected group of shady, mostly British, operators. After Britain banned the export of one of the similar devices in 2010, the scheme started to unravel as independent tests proved the devices were ineffective.

The United Kingdom banned the export of the GT200 devices in 2010 when it accused maker Global Technical Ltd. of fraud. British authorities that year raided the offices of Global Technical and two other makers of similar fraudulent bomb detectors. Global Technical’s head, Gary Bolton, was sentenced to seven years in prison in 2013 and ordered to pay over $1.6 million.

Some officials still defend the GT200.

Surasak Kirivichien, a member of the anti-corruption commission investigating officials involved with the procurement of the GT200, recently said it is difficult to assess the value of the device, comparing it to the amulets many Buddhist Thais wear as lucky charms.

“This equipment was purchased for soldiers to be used as defensive weapons in a high-risk environment,” he said in an interview last month with Thailand’s PPTV. “People working in such areas are risking their lives. The equipment, even though it may not be efficient, has a high morale value. It’s better than having nothing at all, that’s what people at the operational level feel.”

Wora-at Soontorn-apichart, lawyer for the convicted Sutthiwat, said he would appeal the verdict, arguing his client could not be blamed because the GT200 devices were turned over to the army as soon as they arrived in Thailand by air, so could not be tested by Sutthiwat’s company, which was just selling a device that met the contract’s specifications.

The court acquitted two co-defendants who were AVIA Satcom employees. Sutthiwat was released on 900,000 baht ($27,745) bail.