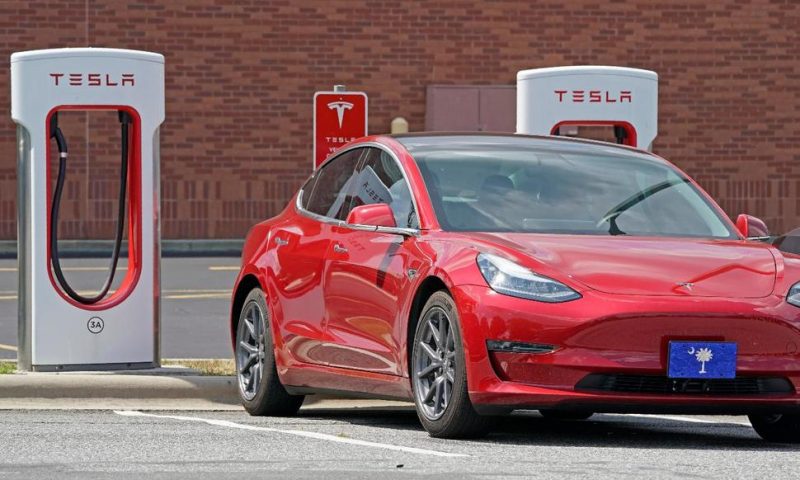 SAN FRANCISCO — Tesla’s electric car sales accelerated again during the summer, but the company is still lagging behind the pace it needs to reach CEO Elon Musk’s goal for the entire year.

The company delivered 97,000 vehicles from July through September, more than in any other three-month period in its history. The performance increased Tesla’s sales for the first nine months of the year to nearly 255,000 cars. That means it will need to deliver about 105,000 vehicles during the final three months of the year to hit the low end of Musk’s sales target of 360,000 to 400,000 cars for all of 2019.

Tesla’s stock dropped 4% to $233 after the numbers came out.

Investors also are wondering if Tesla’s steadily rising numbers will translate into the profits that have mostly eluded the company Musk co-founded 16 years ago.

Tesla’s lowest-priced car, the Model 3 sedan, remained by far its top seller during the third quarter, accounting for nearly 80,000 of the vehicle deliveries. That’s good news in the sense that it shows Tesla is able to make an electric car with a starting price of $35,000 that appeals to a mass market. But it’s not clear whether Tesla can make money on a car sold at that price, something that could extend its long history of losses even as it sells more Model 3s.

The Palo Alto, California, company has sustained more than $6 billion in losses since its inception, but Musk has repeatedly promised during the past year that Tesla would soon be on financial solid ground. It posted losses of more than $1 billion during the first half of this year. In July, Musk assured analysts Tesla would be “around break even” in the July-September period before turning a profit during the year’s final quarter.

Tesla is expected to release its financial results for the third quarter late this month or early next month.