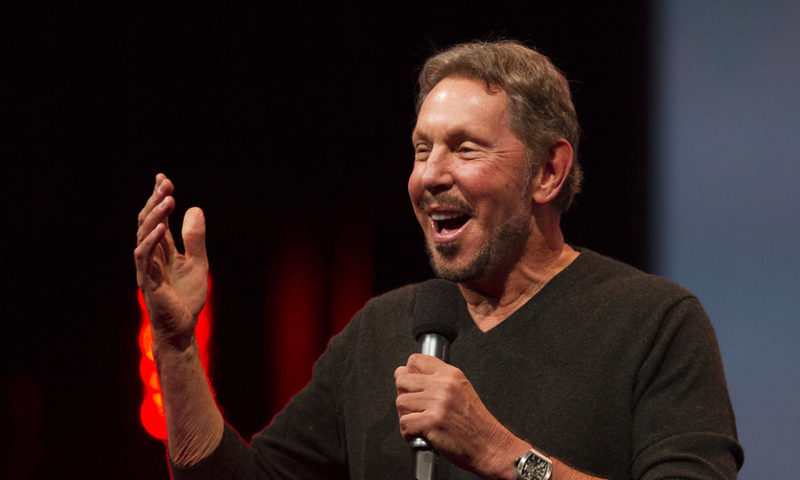 News that Tesla Inc. is adding two new directors to its board was cheered by bulls on Friday, while critics questioned whether a personal friendship with controversial Chief Executive Elon Musk and a large stake in the electric-car maker will create a conflict of interest for one of those new board members.

Tesla said it is adding Oracle Corp. founder Larry Ellison, who has called Musk a friend, and a Walgreens Boots Alliance WBA, -0.45% human-resources executive, Kathleen Wilson-Thompson, to its board, as it moves to comply with one of the conditions of the settlement with the Securities and Exchange Commission struck by Musk in the wake of what became known as his going-private tweet earlier this year.

Musk irked the regulator with a tweet that implied he had secured funding for a deal to take Tesla private when in reality he had not. The executive agreed that he and his company would each pay a $20 million fine, that he would resign as chairman of the board, and that the company would add two new independent directors to beef up corporate governance.

“In Larry and Kathleen, we have added a preeminent entrepreneur and a human resources leader, both of whom have a passion for sustainable energy,” the board said in a statement. Ellison’s personal purchase of 3 million Tesla shares earlier this year cemented that perception, the statement acknowledged. Ellison described Musk as a “very close friend” at a conference in October, and has defended Musk’s management behavior in the face of criticism this year.

Among other incidents, Musk dismissed analyst questions on a conference call as “boneheaded,” described a British diver involved in the rescue of a Thai soccer team from a waterlogged cave as a “pedo” and smoked cannabis during a video interview.

Longtime bull Daniel Ives, an analyst at Wedbush, said Ellison is a “home-run appointment” for the company that would boost the stock on Friday. Wilson-Thompson will be the “second impressive” independent director, Ives wrote in a note.

“Given Ellison’s stature in tech circles, strong reputation in the Valley and on the Street, and vast accomplishments at Oracle ORCL, -0.33% among other achievements over the past 40 years, the addition of Mr. Ellison on the board, in our opinion, is another key step forward for Tesla and Musk as the company starts to build an independent and well regarded board that can help the company navigate through transformational opportunities in the electric vehicle market over the coming years with competition and production complexity a key factor that needs to be handled without a major speed bump,” Ives wrote.

Ellison, who at 74 has maintained the title of chief technology officer and is also Oracle’s executive chairman, helped build the software giant from the ground up to become a tech stalwart, observed Ives. His addition may remove an overhang on the stock if he can help channel Musk’s energy and passion into positives and shift attention away from the going-private debacle.

Wedbush has an outperform rating on the stock, the equivalent of buy, with a $440 12-month share-price target, which is about 36% above its current trading level.

But Renny Ponvert, chief executive at the independent research firm Management CV, said Ellison’s large personal stake may impede his ability to assess what would be good or bad for smaller outside investors in Tesla. Ellison said the stake is his second biggest personal holding after his Oracle stake.
“It’s great that he has skin in the game, but with a stake that large it’s bound to conflict with a sense of independence,” said Ponvert.

Ponvert was disappointed that the board did not bring in an outside investment executive or someone with accounting expertise. Tesla will need to raise cash in 2019, it has a lot of debt, and it has been criticized for the accuracy and independence of its accounting by some sophisticated investors, he said.

“I would hope that [Ellison’s] vested interest would make him want to temper his CEO’s use of Twitter and spontaneous statements,” he said. “It’s very destructive toward what is arguably the elephant in the room; Musk has said he will pay off the convertible bond when it comes due with 50% cash and 50% stock, and, whatever he does, it will be dilutive to investors.”

The appointment of Wilson-Thompson brings a seasoned human-resources expert to Tesla at a time of major management churn, he said. About two dozen senior and midlevel managers have left the company in the last year, including the chief accounting officer, who quit after just a month on the job.

“The good news is that now there is an independent board,” said Ponvert. “That’s the most positive thing to happen in recent months.”

A group of Tesla shareholders including state pension officials from New York, Connecticut, Oregon and California called on the board last month to make sweeping changes to its governance to enhance oversight of Musk. That includes reining in his public communications, an issue also raised by the SEC.

But Musk has carried on unabashed, telling CBS’s “60 Minutes” in a recent interview that he does not respect the SEC.

One other connection between Ellison and Wilson-Thompson is Theranos, the blood-testing startup that fell from grace this year after the Wall Street Journal exposed a pattern of lying, deception and fraud by senior executives. Ellison was an early investor in the company, which inked a deal with Walgreens that was later canceled. Wilson-Thompson was at Walgreens during that period.