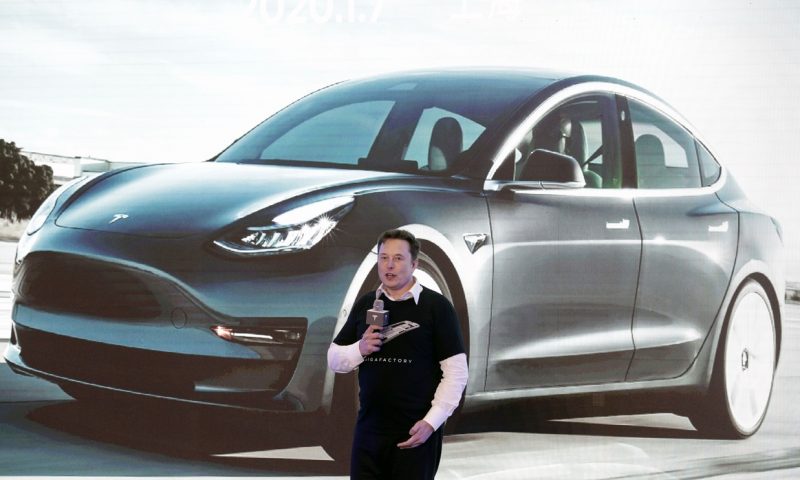 Model 3 demand in China ‘a ray of light’ for Tesla, analyst says

Tesla Inc. shares soared to a record close on Monday, benefiting from a risk-on sentiment gripping equity markets and a report that pinned the rally on vehicle sales in China.

“According to industry reports out of China this morning, Tesla appears to have seen a robust ‘snapback of demand’ for Model 3s in China, which is a linchpin to the bull thesis moving forward,” analyst Dan Ives at Wedbush said in a note Monday.

According to the initial reports, Tesla sold about 11,000 Model 3 vehicles in May in China, which would compare with less than 4,000 sold in April and “is a very strong indicator that demand in this key region is starting to ramp after an unprecedented soft macro backdrop and pandemic over the past few months,” Ives said.

Demand for electric vehicles in China is starting to accelerate and Tesla is competing with a number of domestic and international competitors for market share, with the company’s planned battery factory in China, dubbed Giga 3, a key part, the analyst said.

Strong Model 3 demand in China “remains a ray of light for Tesla in a dark global macro,” Ives said.

Tesla has said it is possible to hit its goal to deliver more than half a million vehicles this year, which has met some skepticism on Wall Street.

Ives on Monday predicted deliveries around 400,000 in part due to the China trend and the ramp-up in deliveries of the Tesla Model Y, the compact SUV that is the newest vehicle offering for the Silicon Valley car maker. That number could prove to be “conservative,” he said.

Tesla reopened its sole U.S. car-making factory in mid-May after wrestling a deal with local authorities in California. Chief Executive Elon Musk had reopened the Fremont plant in defiance of a local stay-at-home order to curb the spread of the coronavirus and after igniting Twitter and legal spats that prompted even President Donald Trump to chime in.

Nasdaq closes at all-time high, Dow less than 7% off record, as Wall Street looks for Fed to keep support intact