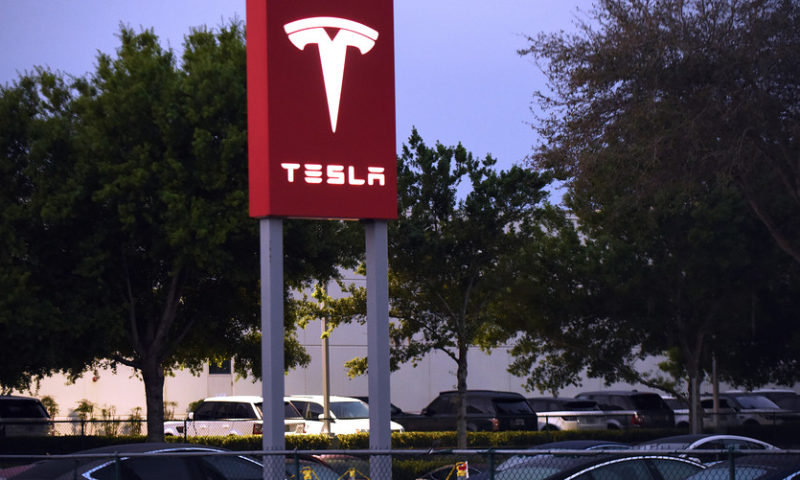 ‘Something just doesn’t add up,’ says Morgan Stanley analyst, while Barclays slashes price target to among lowest on Wall Street

Tesla TSLA, +0.15% shares fell 3.1% to close at their lowest since Oct. 22 and are down more than 13% in the past three sessions in the wake of company news that stoked demand fears. The stock fell by as much as 5.4% on Tuesday.

Chief Executive Elon Musk on Sunday tweeted that the Model Y unveiling is set for March 14 and last Thursday Tesla announced it was offering a $35,000 Model 3 and shifting worldwide sales to online only.

Adam Jonas at Morgan Stanley said in a note Tuesday that investor feedback on Tesla has been “firmly in the ‘something’s wrong’ camp rather than ‘this is a great buying opportunity’ camp.”

“You can put us in the ‘something just doesn’t add up’ camp,” he said. Recent events “are communicating to investors a sense of growing tension in the organization.”

Investors have questioned why Tesla hasn’t raised capital yet, and whether the company’s balance sheet is strong enough to weather cash burn and more debt that is coming due. They are also homing in on the risks attached to online-only sales, Jonas said.

“Without an additional capital raise, we are prepared for Tesla’s gross cash to fall further below ($2 billion),” he said. The new sales model is “uncharted territory” for Tesla, a company that used to highlight its advantages in promoting the brand and engaging with customers without a middleman, he said.

Brian Johnson at Barclays cut his price target on the stock by 9% to $192, representing 30% downside to Tuesday share prices. The Barclays target is among the most bearish of analysts surveyed by FactSet.

The sooner-than-expected $35,000 Model 3 announcement, “rather than reflecting dramatic progress on manufacturing and distribution costs, likely reflects the need to replenish cash after the convert repayment, perhaps exacerbated by the weak first two months of U.S. sales,” the Barclays analysts said. Tesla made its biggest-ever bond payment on Friday on $920 million of convertible debt and likely used up nearly a quarter of its cash, as The Wall Street Journal reported.

Moreover, “gross margins will now be appreciably lower, and thus a significant amount of additional volume is needed to offset price cuts even considering the cost saves,” they said.

David Tamberrino at Goldman Sachs also raised concerns that a lower-priced Model 3 implies lower demand for the sedan’s pricier trims. It will “drive a downward mix impact for Model 3 margins,” he said in a note Friday.