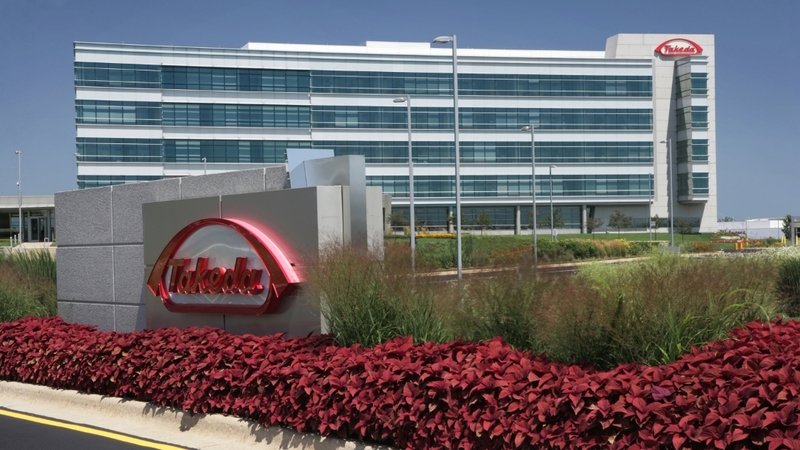 Takeda is looking for its next shot at multiple myeloma beyond Velcade and is now previewing some early data showing partial responses in 38% of patients in one dose group for the next-in-line candidate modakafusp alfa.

Data are being presented today at the American Society of Hematology meeting in Atlanta that runs from Dec. 11 to 14.

The results are from 29 patients who were part of the 1.5 mg/kg cohort of the phase 1 study. Modakafusp alfa induced complete response in two of 29 patients and a “very good partial response” in six patients, according to Takeda. Three patients in the early-stage study experienced a partial response. The drug is being tested in people with relapsed/refractory multiple myeloma who have undergone at least three previous lines of treatment.

The immunocytokine therapy, a type of treatment that fuses cytokines to a monoclonal antibody, is Takeda’s attempt at carving a niche in the multiple myeloma market. The Japanese Big Pharma is going after a different portion of the cancer-progressing protein CD38 than approved treatments like Johnson & Johnson’s Darzalex and Sanofi’s Sarclisa.

For the 11 patients, or 38%, who had a partial response or greater, it took the drug a median of one month to take effect, and the best response took a median of two months. The 29 patients went a median of 5.7 months without experiencing worsening of the disease.

The treatment delivers interferon alpha-2b to CD38-positive cells by being genetically fused to a portion of a humanized anti-CD38 monoclonal antibody. Takeda believes the treatment can limit binding to undesired targets and reduce toxicity concerns. Modakafusp alfa binds to a different epitope, or portion of the antigen that is recognized by the immune system, on CD38 compared to Darzalex and Sarclisa.

Takeda characterized treatment-emergent adverse events seen in the study as “manageable.” The most common adverse events were varying levels of low blood platelet counts in 76% of patients, abnormally low counts of the white blood cell neutrophils in 69% of patients and anemia in 66% of the 29 patients.

In the 1.5 mg/kg dose group, 16 patients discontinued the drug. For 12 of them, this was due to progressive disease, three left because of adverse events and one patient decided to completely withdrew.

The levels of platelets and neutrophils mostly recovered by the end of each monthly cycle, which is “partly why” Takeda chose a monthly dosing schedule, said Andy Fergus, senior director and global program lead at Takeda, in an interview with Fierce Biotech.

“We’re impressed. We know that interferons are active in this space, but the activity is quite modest, so to see a response rate that is this high and this deep and durable is impressive for this agent that’s being studied in this difficult-to-treat population,” Fergus said.

The median number of prior lines of therapy for the 29 patients was seven. Of those, 25 were triple class-refractory, meaning they didn’t experience benefit from a proteasome inhibitor, immunomodulatory drug nor an anti-CD38 monoclonal antibody.

Patients with multiple myeloma typically require multiple lines of treatment given the chronic nature of the disease and resistance that builds up to the medicines. Combination regimens are frequent, and the plasma cell cancer also leads to complications, which then require their own treatments.

The drug is part of Takeda’s so-called “Wave 2” (PDF) of clinical-stage candidates that it hopes to bring to market in 2025 or later. Next up, Takeda will test the drug in a larger phase 2 study next year with two doses, as the company has “some reason to believe that a higher dose may lead to an improved profile,” Fergus said.

Takeda has multiple myeloma drugs Velcade and oral treatment Ninlaro, used in combination regimens. The pharma has struggled to get Ninlaro approved in other indications and at earlier stages in the treatment process. Ninlaro pulled in 45.8 billion Japanese yen ($403 million) in the six months ended Sept. 30 (PDF), and Velcade notched 55.1 billion Japanese yen ($485 million) in that period.

About 79% of the patients evaluated in Monday’s presentation were white, 7% were Black or African American and 7% were Asian, the company said. About 52% of the patients were women and the median age was 66 years old.