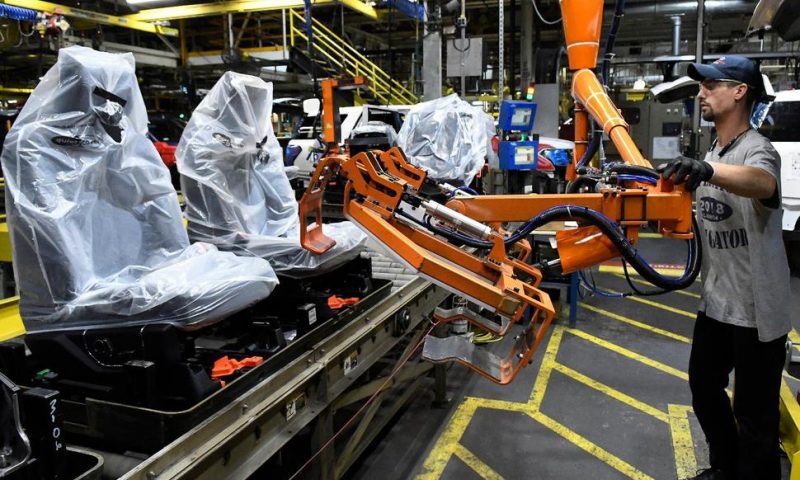 U.S. manufacturers grew at a slower pace in May, as production levels fell slightly.

WASHINGTON — U.S. manufacturers grew at a slower pace in May, as production levels fell slightly.

The Institute for Supply Management, an association of purchasing managers, says that its manufacturing index slipped to 52.1 last month, down from 52.8 in April.

Any above 50 signals an expansion in manufacturing. The sector has been reporting growth for 33 months. The productivity measure slumped in May, although new orders and employment both improved.

“I don’t see us as contracting,” said Fiore. “New orders are expanding but expanding very weakly.”

Multiple companies surveyed for the index said that import taxes imposed by President Donald Trump on China were a concern. The import taxes are making it harder to import components as well as making U.S. exports more expensive.

One chemical company surveyed said they would shift business from China to Mexico. But that move could be complicated by Trump announcing last week that he would apply tariffs to Mexican imports to force that country to stop immigrants and drugs from crossing the southern border with the United States.