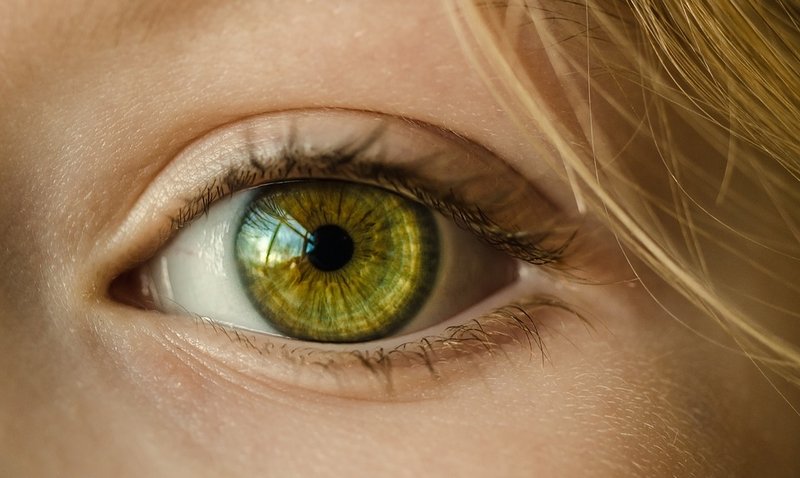 The gene HTRA1 produces a protein that has been linked with age-related macular degeneration (AMD), a leading cause of blindness in older people. The protein naturally increases with age and has long been thought to contribute to AMD and other diseases of aging, including arthritis.

But researchers at the University of Utah Health believe that in some cases of AMD, the HTRA1 protein might be protective, not destructive—and augmenting it could be a new treatment strategy.

The researchers found that in aging people with genetic variants known to increase the risk of AMD, the expression of HTRA1 in the retinal pigmented epithelium (RPE)-Bruch’s membrane interface of the eye is half that of older people without the variants. They believe their findings confirm the role of HTRA1 in protecting the eye, they reported in Proceedings of the National Academy of Sciences.

The gene-driven form of the eye disease that the University of Utah team focused on is known as chromosome 10-directed AMD. Because there are no animal models of this subset of AMD, the researchers tapped into a repository of 8,000 pairs of donated human eyes to complete the study. That allowed them to compare HTRA1 expression from people with chromosome 10-directed AMD to those without the gene variants.

The researchers confirmed that the reduction in HTRA1 occurred specifically in the RPE, not the neural retina or choroid of the eye. That’s significant because the RPE plays an important role in bringing nutrients to the photoreceptive cells of the retina that are critical to maintaining normal sight. The RPE also removes waste from those cells. The HTRA1 protein seems to maintain those vital processes, the researchers concluded.

The University of Utah finding runs counter to previous studies of the role of HTRA1 in AMD, which concluded that inhibiting the protein could have a therapeutic effect. That strategy, in fact, is being pursued by Iveric (previously Ophthotech), which is in preclinical studies of an HTRA1 inhibitor in AMD.

Meanwhile, the increasing understanding of how genes contribute to AMD has fueled multiple studies aimed at developing gene therapies against the disease. Earlier this year, Gyroscope Therapeutics raised $148 million to advance its pipeline, which includes a gene therapy aimed at ramping up production of the serine protease to reverse AMD.

The University of Utah study came from the lab of Gregory Hageman, Ph.D., executive director of the Sharon Eccles Steele Center for Translational Medicine (SCTM). Hageman is known for his discovery 15 years ago of the role of variants in complement Factor H and other genes on chromosome 1 in increasing the risk of AMD.

Hageman and his colleagues are now planning to translate their latest discovery into potential therapies for chromosome 10-directed AMD. They believe boosting levels of the HTRA1 protein rather than inhibiting it could be the right approach in that population, the university said in a statement.