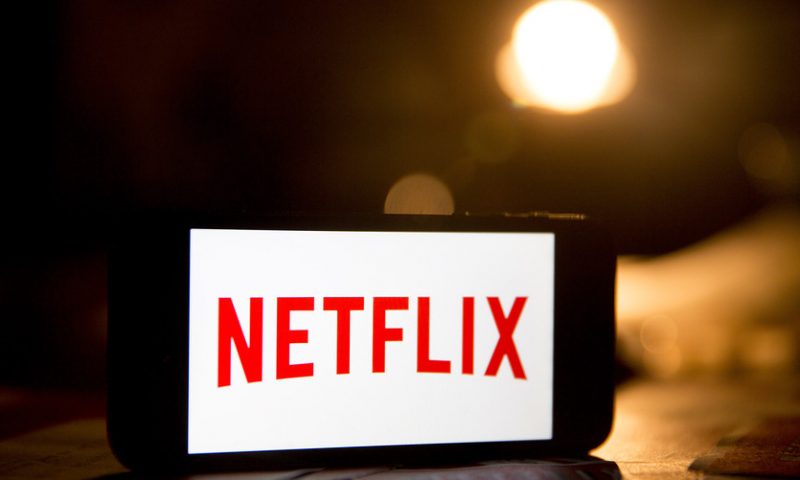 Analyst Michael Olson said while a preliminary reading of his “Netflix Search Index,” which is based on an analysis of search trends utilizing Alphabet Inc.’s Google GOOGL, +0.70% , points to year-over-year 11.7% growth in U.S. subscribers, while Netflix’s guidance called for an increase of 8.2%. Read more about Q1 results and Q2 guidance.

For international subscribers, the search index suggests 45.8% growth, while guidance called for a 36.5% rise.

The stock NFLX, +3.21% jumped 3.3% in afternoon trading, putting the stock on track to snap a five-session losing streak in which it shed 5.9%. That would mark the second-longest losing streak of the year, after the six-day streak that ended May 13.

Olson reiterated the overweight rating he’s had on the stock since at least back to October 2016, and kept his price target at $440, which is about 26% above current levels.

“We would not directly apply the [Netflix search] index’s implied growth rates and it is important to take note of historical error in our model, but the index is directionally positive for domestic and relatively in-line for international through two months of Q2,” Olson wrote.

He said the index has historically overstated actual results by an average of 100 basis points (1 percentage point) over the past four quarters, while the four-quarter average overstatement for international is about 900 basis points.

Netflix is scheduled to report second-quarter results on July 17, after the closing bell. Analysts surveyed by FactSet are currently expecting earnings of 56 cents a share on average, down from 85 cents a year ago, while revenue is expected to increase 26% to $4.93 billion.

The company has beat EPS expectations the past six quarters, while topping revenue forecasts four times over the same six quarters.

A global ‘shock to markets’ could trigger next financial crisis, warns Roubini