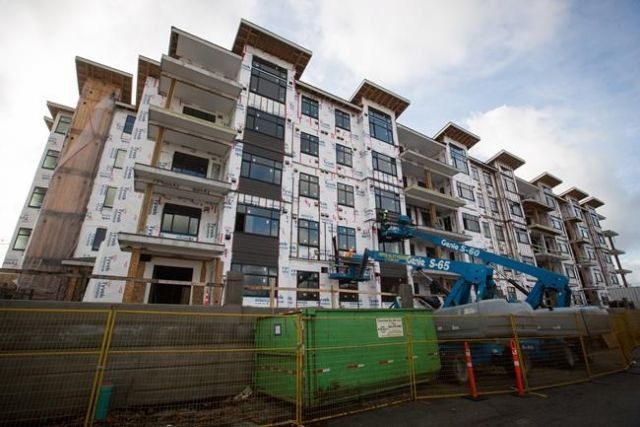 Another dismal forecast for B.C.’s housing market, one day after the Canadian Real Estate Associate predicted home sales will continue to dip next year.

Central One Credit Union, which provides services to more than 300 credit unions across Canada, says in its housing forecast for 2018 to 2021 that B.C. experienced a “mild provincial housing recession” this year.

The report points to the federal government’s mortgage stress test, higher interest rates and various provincial policy measures for the downturn and predicts “rising but subdued sales” over the next three years, with little movement in median home prices.

Bryan Yu, Central 1’s deputy chief economist, says builders have noted the shift and the result is a sharp drop in housing starts since September, especially in urban areas.

But the update also predicts positive housing market outlooks in some areas, including Vancouver Island, where retirees fuel the market, and in Northern B.C., where demand is boosted by a liquefied natural gas project and associated pipelines.

As work ramps up on the $40-billion LNG Canada project in and around Kitimat, Central 1 says housing markets in the north are forecast to outperform those in southern B.C., which were hit the hardest this year.

“Sales in B.C.’s combined metro markets of Vancouver, Abbotsford-Mission, Kelowna and Victoria are down 40 per cent compared with the end of 2017, led by the Lower Mainland markets,” Yu says in a news release.

The report shows annual resale home transactions plunged 17 per cent in 2018 and median resale prices slipped two per cent to $520,000.

“Gone are the days of rapid price escalation,” says Yu.

Negative growth in residential investment will drag on the broader B.C. economy, but the Central 1 update says the effect should be blunted by ongoing consumer demand linked to the lowest unemployment rate in Canada, high job vacancy rates, wage gains and population growth.