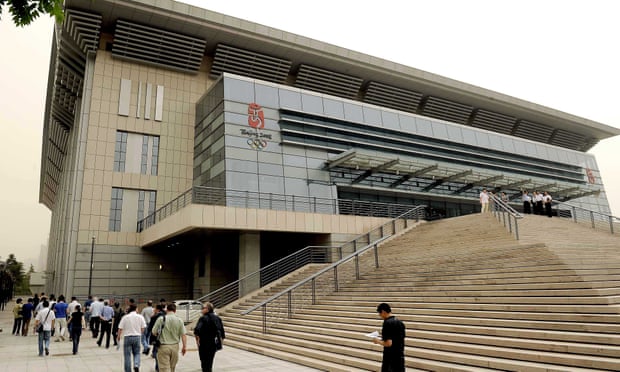 Protesters describe themselves as fervent Marxists and Maoists, presenting a unique problem for Communist party

At least 10 young Chinese labour protesters have been detained as part of a crackdown targeting a rise in student activism at elite universities across the country.

Groups of unknown men detained activists in at least five Chinese cities over the weekend, according one labour rights group, and some were beaten before being bundled into waiting cars.

One activist, Zhang Shengye, was “kidnapped” on the campus of Peking University, one of China’s top universities. It was not immediately clear what had happened to the activists who went missing in Beijing, Guangzhou, Shanghai, Shenzhen and Wuhan.

“They hit him hard and quickly got Zhang under control,” one witness told AFP, requesting anonymity.

The activists have presented a unique problem for China’s ruling Communist party. They describe themselves as fervent Marxists and Maoists, supporting workers’ rights as an extension of their communist ideals. Marxist classes are required for all Chinese university students and president Xi Jinping said Karl Marx was “totally correct” in a speech marking the 200th anniversary of the philosopher’s birth.

But amid a rise in student protestors hailing from the country’s top universities, authorities have worked to stifle their message of establishing unions and protecting employee rights. Independent unions in China are banned and all unions must register with the All-China Federation of Trade Unions, a government-affiliated group that usually sides with factory management.

“It’s ironic to see how the students who have been studying and believing in Marxism are rounded up by the Chinese authorities for supporting workers, the fundamental value of Marxism,” said Patrick Poon, a researcher at Amnesty International in Hong Kong. “The students are simply exercising their their freedom of expression and showing their solidarity to the workers. They should be immediately released.”

In August, 50 student activists went missing after police raided an apartment where they were staying. Students from Renmin University in Beijing and Nanjing University have also disappeared or been held under house arrest. Three workers investigating conditions in a factory making shoes for Ivanka Trump’s brand were separately detained in May.

Zhang, the recent graduate who was beaten in Beijing, was leading the search for activists who had been previously detained. A witness said the men that detained Zhang also beat several bystanders and prevented them from taking photos, according to AFP.

“Peking University acquiesced to the kidnapping. This is another crime universities have committed against progressive students and the leftwing community,” said the Jasic Workers Solidarity group, which has been working with employees of the machine welding company Jasic Technology.

The group said at least two members of a NGO supporting workers in Shenzhen, along with three members of the solidarity group and an unspecified number of other activists were also detained in the crackdown.

The treatment of students activists has promoted at least one school, Cornell University, to end an exchange program with Renmin University.

Italy to host Libyan conference in fresh push for elections