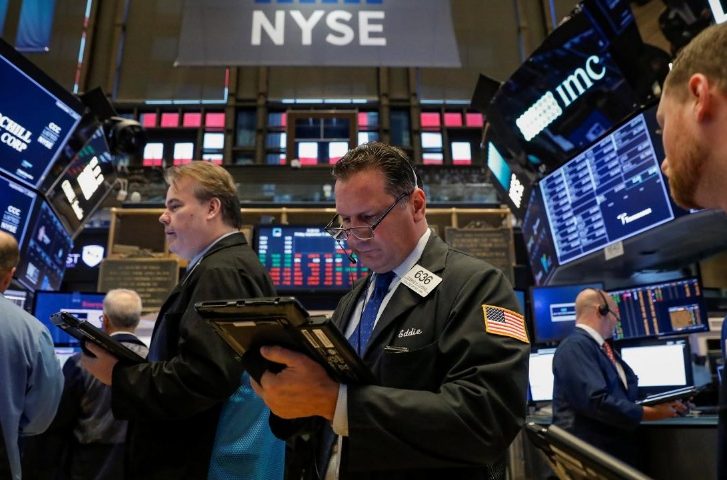 A healthy outlook for U.S. revenue growth stands to soothe stock investors worried about the effect on corporate profits from tax cuts wearing off next year.

While that growth is expected to slow to 5 percent next year, it is still at the high end of the historical average. The falloff is not as steep as that expected in earnings growth, which received a big boost this year from the Tax Cuts and Jobs Act that slashed the corporate income tax rate.

That could ease some investors’ concerns about profit growth, which is hitting its peak for the cycle this year, while risks are increasing from costs related to tariffs, rising interest rates and a strengthening U.S. dollar.

“The revenue growth more than offsets any of the concerns we have on the earnings side,” said Sameer Samana, global equity and technical strategist at Wells Fargo Investment Institute in St. Louis.

“Of course there’s peak earnings growth. We had tax cuts,” he said. “What we want to see is sustainable earnings growth driven by the top line, which is exactly what we’re seeing right now.”

The revenue gains are being driven by strong demand from economic growth, with gross domestic product rising at a 4.2 percent annualized rate in the second quarter, the fastest in nearly four years.

At least part of the boost to revenue is coming from the robust U.S. labor market, while capital spending is also helping, said Bucky Hellwig, senior vice president at BB&T Wealth Management in Birmingham, Alabama.

Rising wages are likely to become a bigger risk to earnings at some point, but that might not happen until 2020, said Patrick Palfrey, vice president and equity strategist at Credit Suisse Securities in New York.

“Right now the earnings story is a revenue story. It is really allowing companies to continue to drive that bottom line growth, and it will be able to make up for any bump in the road from higher costs,” Palfrey said.

Most economists polled by Reuters in late August expected economic growth to edge off the recent four-year high in the coming quarters but still saw little chance of a recession over the next two years.

The tax cut package, the biggest overhaul of the U.S. tax code in more than 30 years, resulted in a surge in profit growth, creating a peak later in the earnings cycle than typically, strategists said.

Earnings grew an estimated 24.9 percent in the second quarter from a year ago, and analysts expect growth of 22.3 percent for the third quarter.

Results can continue to increase even after growth peaks, strategists said. For example, S&P 500 earnings growth peaked in the fourth quarter of 2003, yet remained in the double-digit range for at least three years after that, while revenue stayed well above trend in that period, said Nick Raich, CEO of The Earnings Scout, an independent research firm.

He said in the last 80 years, S&P 500 earnings growth averaged about 6 to 8 percent a year, while sales grew about 3 to 5 percent.

“Early indications are that this is looking like 2003, where we could see above-trend growth persist longer than consensus expects,” Raich said. “When you have this type of revenue growth, companies can extend above-trend profit growth.”