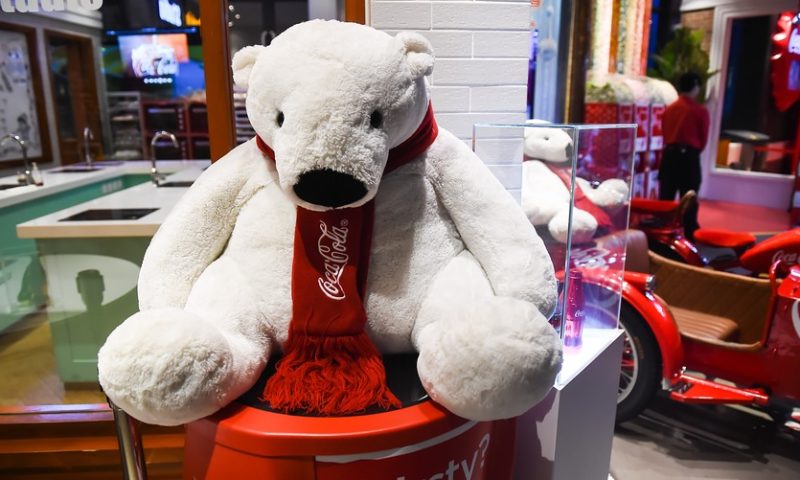 Stocks closed higher Tuesday as President Donald Trump signaled that the U.S. is ready to reach a deal to ease trade tensions with China, giving the market some much-needed relief.

However, trading was volatile with the indexes choppy a day after the Dow Jones Industrial Average staged an ugly reversal to end the session with a triple-digit loss, partly on the back of tariff worries amid fears about global growth and peak earnings.

On Monday, all main indexes finished sharply lower, with the Dow swinging more than 900 points. The reversal added to the market’s October woes, with the blue-chip index down about 6% month-to-date, while the S&P 500 is off 8% and the Nasdaq has fallen 11%.

Stocks have entered a decidedly more volatile phase of trade, fueled by myriad concerns, with doubts about the health of the global economy chief among them.

Moreover, shares of companies that have done the most to help drive the U.S. stock market to repeated highs have come off the rails. So-called FAANGs, the acronym referring to technology and internet-related giants Facebook Inc. FB, +3.95% , Amazon.com Inc. AMZN, +2.06% , Apple Inc. AAPL, +1.50% , Netflix Inc. NFLX, +0.34% and Google-parent Alphabet Inc. GOOGL, +1.43% GOOG, +1.16% were all trading sharply lower for the month. Amazon on Monday fell into bear-market territory, wiping out about $120 billion in market value in two trading sessions.

The tech-heavy Nasdaq is in correction territory, defined as a drop of at least 10% from a recent peak, while the Dow and S&P 500 were at one point flirting with tumbling into correction for the second time in 2018.

Comments from Trump during a Fox News interview late Monday about his readiness for a deal with China helped to boost sentiment even though the president did not indicate that an agreement was imminent. During the interview with Laura Ingraham of Fox News, he said that the U.S. “will make a great deal with China and it has to be great, because they’ve drained our country.”

Stock losses on Monday had accelerated after a Bloomberg News report indicated the White House is prepared to announce tariffs on remaining Chinese imports if talks next month between Trump and Chinese President Xi Jinping don’t yield results.

Markets were also digesting a raft of quarterly corporate results with several big-name companies set to report earnings this week.

Consumer sentiment hit an 18-year high, according to the Conference Board’s consumer confidence index, which rose to 137.9, from 135.3 in September.

The residential vacancy rate fell 0.4 percentage points from a year earlier to 7.1%, according to the Census Bureau report, which also showed that the U.S. homeownership rate was virtually unchanged at 64.4%

“We are seeing an oversold technical rally before we head even lower,” Sam Stovall, chief investment strategist at CFRA, predicted. “Most traders I talk to are still waiting for the capitulation to shake off before they call a bottom.”

“Once again, the month of October has been living up to its frightful reputation for wreaking havoc on stock prices: 1929 and 1987 are prime examples, and we can now safely say that 2018 will also go down in history as an illustration of October’s ability to scare investors. Unfortunately, I don’t foresee this volatility easing too much over the next few weeks,” Kristina Hooper, chief global market strategist at Invesco, said in a note to clients.

General Electric Co. GE, +2.16% sank 8.8% after it slashed its dividend and reported disappointing third-quarter results but announced a restructuring of its power business.

Shares of Coca-Cola Co. KO, +2.52% rose 2.5% after the beverage and snack giant reported third-quarter earnings and revenue that topped expectations.

Chesapeake Energy Corp. CHK, -12.10% skidded 12% after it announced that it would acquire WildHorse Resource Development Corp. WRD, +6.41% in a cash-and-stock deal valued at $4 billion. WildHorse shares were up 6.4%.