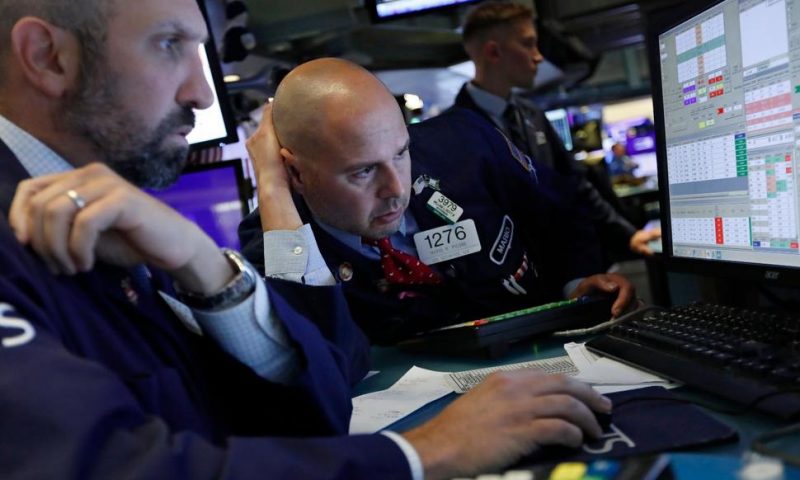 The S&P 500 closed just short of an all-time high Friday as investors welcomed solid company earnings reports and an encouraging update on trade talks between the U.S. and China.

The S&P 500 closed just short of an all-time high Friday as investors welcomed solid company earnings reports and an encouraging update on trade talks between the U.S. and China.

Technology, communications services and financial stocks powered the rally. The index ended within 0.1% of its record set July 26. It also notched its third straight weekly gain.

The buying accelerated around midday after the U.S. Trade Representative’s office said the discussions with China’s negotiating team “made headway and the two sides are close to finalizing some sections of the agreement.”

The encouraging update gave the market a boost, but it wasn’t enough to sustain a record close for the S&P 500. For that to happen, a broader variety of the market’s sectors must to do well, not just technology, utilities and real estate stocks, said Willie Delwiche, investment strategist at Baird.

“You’ve had indexes around the world make new highs since the last time the S&P did,” he said. “If we want to see a new high that’s going to be durable we need to see more U.S. broad market improvement. It’s heading in that direction, but it’s not there yet.”

The U.S.-China trade conflict, which has led both sides to impose billions in tariffs on each other’s goods, has roiled financial markets and stoked worries that the dispute could tip the global economy into a recession.

Those worries eased in recent weeks, after Washington and Beijing worked to calm tensions and then resumed negotiations.

That’s allowed investors to focus on company earnings reports the past two weeks. Traders want to get a sense of how Corporate America is faring against the backdrop of the costly trade war between the world’s two biggest economies.

Earnings reports so far have mostly exceeded Wall Street analysts’ modest expectations. However, many of those that delivered improved results for the quarter have also issued disappointing profit outlooks.

Of the roughly 40% of the companies in the S&P 500 that have reported so far, 80% of them had results that topped Wall Street’s earnings forecasts, while 64% beat revenue estimates, according to FactSet.

Factoring in the earnings reports that have already come in, analysts expect earnings from S&P 500 companies for the July-September quarter will be down 3.7% from a year ago. That’s slightly better than the 4% drop that analysts were initially expecting.

As of Friday, some 38 companies in the S&P 500 had issued earnings forecasts for the fourth quarter. Of those, 26 issued negative guidance and 12 gave a positive outlook. That works out to 68% of those companies lowering their guidance, which is just below the 5-year average of 70%, according to FactSet.

Until this week, the market had a mostly muted reaction to earnings. In contrast, the S&P 500 notched gains four out of the past five days, rounding out the week with a three-day winning streak.

Intel jumped 8.1% after raising its profit forecast for the year following a solid third quarter. Fellow chipmakers, including Nvidia, also made strong gains.

Charter Communications gained 6.2% after reporting solid financial results. The cable operator made some of the strongest gains among its fellow communications companies.

Banks rose as bond yields moved higher. The yield on the 10-year Treasury rose to 1.8% from 1.76% late Thursday.

A robust mix of earnings, economic indicators and an interest rate decision from the Fed should keep investors busy next week, and could determine whether the S&P 500 sets a record.

Alphabet, Google’s parent company, reports on Monday; General Motors, and drugmakers Merck and Pfizer on Tuesday; Apple and Facebook on Wednesday; and, Exxon on Friday.

Beyond earnings, the Federal Reserve issues its latest interest rate policy statement Wednesday afternoon, while the government will release its latest monthly reports on hiring and consumer confidence.

“The big focus will be the Fed,” Delwiche said. “They’re likely to cut rates. If they didn’t that would come as a surprise. The uncertainty is what sort of guidance they give going forward.”