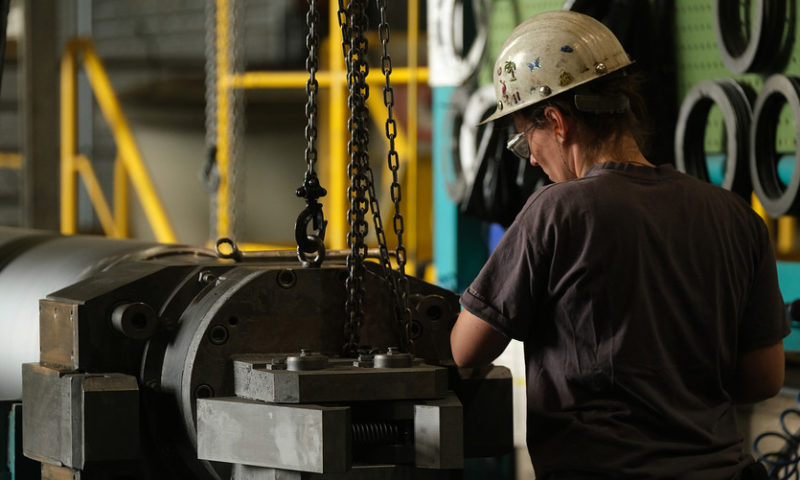 U.S. stocks closed sharply lower Friday, with all major indexes logging their worst day in more than 2 ½ months, after a downbeat round of economic data in Europe and the U.S. stoked global growth fears while a closely watched measure of the yield curve inverted for the first time since 2007, triggering recession worries.

What drove the market?
Global-growth concerns were brought to the fore after a round of March purchasing-managers-index readings pointed to a further slowdown in activity across the eurozone.

Those fears were compounded when data showed growth in the U.S. manufacturing sector slowed to a 21-month low in March, according to the flash reading of IHS Markit’s purchasing manager’s index. The manufacturing index fell to 52.5 from 53 in February and below the 53.5 expected by economists in a FactSet survey.

U.S. wholesale inventories also rose 1.2% in January after a revised estimate of a 1.1% increase in December, the Commerce Department said.

However, existing-home sales hit an 11-month high in February, the National Association of Realtors said. New homes were sold at a seasonally-adjusted annual rate of 5.51 million, an 11.8% increase over the previous month.

As equities came under pressure, investors bought bonds, forcing the spread between the 3-month Treasury bill and the 10-year note to invert for the first time since 2007. A so-called yield curve inversion, where the rate of longer-dated debt falls beneath its shorter-dated counterparts, is widely viewed as a fairly accurate recession indicator, and the spread between three-month and 10-year yields is the most closely followed by economists.

The comments come just days after the president warned markets that tariffs on Chinese goods may remain “for a substantial period of time,” even after a trade deal is reached, to ensure Chinese compliance with its terms.

What were analysts saying?
“The bond market is driving the equity market today,” Randy Frederick, vice president of active trading and derivatives told MarketWatch. “Today’s weakness clearly has a lot to do with the yield curve, as the 10-3 went negative.”

After weak economic data helped send German government bond yields negative Friday, “it tends to make it difficult for our Treasurys to stay higher, and it feed the narrative that we have slowing global growth,” he added.

Kevin Giddis, head of fixed income capital markets at Raymond James, said that the market is at a juncture where investors need to pay close attention to risk assets such as stocks as “those are the ones that crack first when the overall expectation is that there is a recession approaching.”

He also noted that the Fed Funds Futures Probability Index is pointing to increasing odds of a rate cut as the year progresses, suggesting that confidence in the economy isn’t that strong.

“The Fed has set the tone for the markets, and if you trust their ability to ‘see around corners,’ then you will continue to maintain a risk-off position,” said Giddis in a note to clients.

Nike Inc. NKE, -6.61% shares slumped 6.6% even after the company reported fiscal third-quarter profits that beat analyst expectations and revenue that was in line with forecasts. The stock has risen 19% year-to-date.