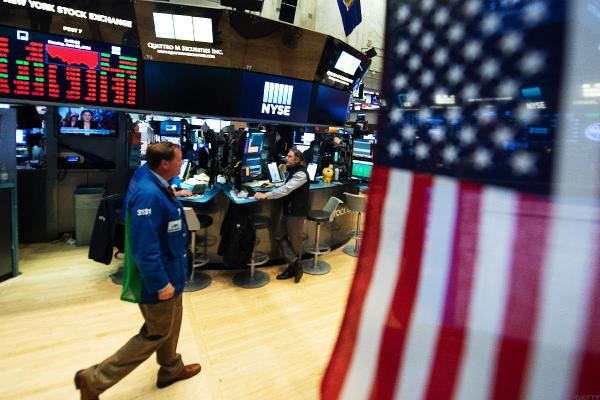 Global stocks rebounded modestly Tuesday, lifting U.S. equity futures into positive territory, even as investors continue to worry about developments in the various trade disputes between Washington and its major economic partners.

Market Snapshot
Global stocks were mixed Tuesday, although U.S. equity futures traded in positive territory, as investors continue to worry about developments in the various trade disputes between Washington and its major economic partners as President Donald Trump attempts to reach an agreement to overhaul NAFTA while preparing to impose a fresh set of tariffs on $200 billion worth of China-made exports.

The concerns over trade, as well as ongoing weakness in emerging market currencies linked to slowing global growth and a stronger U.S. dollar, accelerated gains for the greenback in overnight trading, boosting the dollar index to a fresh 10-day high of 95.53 against a basket of six global currencies. The appetite for dollars paralleled early gains for U.S. equity futures, which indicated the Dow Jones Industrial Average is likely to post a 40 point opening bell gain when trading kicks off later today.

Contracts tied to the S&P 500 , meanwhile, suggest a 5.3 point gain for the broader benchmark, a move that would build on the 6.7% advance it recorded over the month of August. The tech-focused Nasdaq Composite , which is set to open 20 points higher, fared even better, rising just under thanks in part to a 23% surge for Apple Inc. (AAPL) , which took the world’s biggest company to a series of all-time highs that now value the group at 1.1 trillion.

Outside of the United States, however, equity market performance has been quite different: the MSCI Asia ex-Japan index, the broadest measure of regional share prices, lost nearly 2% last month as investors trimmed positions in Chinese stocks and ploughed cash into safe-haven assets such as the dollar and the yen over concerns that the ongoing trade dispute between Washington and Beijing will harm growth in the world’s second-largest economy.

China shares were modestly stronger Tuesday, however, with the Shanghai Composite gaining 1.16% and the bluechip CSI 300 rising 1.3% as both benchmark reversed earlier losses, but declines in Australia and India helped pull the MSCI index 0.03% lower into the close of the session. Japan’s Nikkei 225, however, which closed just prior to the late-session rally in Asia, ended 0.05% to the downside at 22,696.90 points.

European stocks were able to ride the modest gains in Asia at the start of trading Tuesday, but investor concern over the impact of Italy’s political and economic battles with Brussels and the prospect of Britain failing to reach a deal on its exit from the European Union prior to the October deadline both sides have been working towards for more than 18 months meant the early advance quickly turned negative.

The Stoxx Europe 600 index, the regional benchmark, was marked 0.2% lower by mid-morning in Frankfurt even as the stronger dollar pushed the euro 0.5% lower to 1.1565, the lowest since August 23, making export-focused stocks look more attractive. Germany’s DAX performance index slipped 0.23% lower and France’s CAC-40 fell 0.36%. A weaker pound, which fell to 1.2828 against the dollar helped the FTSE 100 gain 0.02% in the 90 minutes of trading in London.

WPP plc (WPP) was an early mover of note, with shares in the world’s biggest advertizing firm falling more than 6% in the opening minutes of trading after it cut its profit margin guidance even as new CEO Mark Read said full-year net sales would grow modestly faster than anticipated.

Emerging market currency weakness, however, continued to hold back risk sentiment as the dollar’s gains, alongside concerns that the $3.7 trillion in dollar-denominated debts taken on by emerging market economies since the global financial crisis is growing increasingly more difficult to maintain, helped push the Turkish lira to 6.65 against the dollar and the Argentine Peso, which has lost around half of its value this year, held at 3.301 against the greenback.

Global oil prices were also active in early European trading, with crude price edging higher ahead of looming U.S. sanctions on the sale of Iranian crude, which are set to begin in November, and in reaction to the closure of several drilling installations in the Gulf of Mexico as Tropical Storm Gordon gathers pace across Florida and heads towards the southeastern Louisiana coast.

3 Things to Watch in the Stock Market This Week