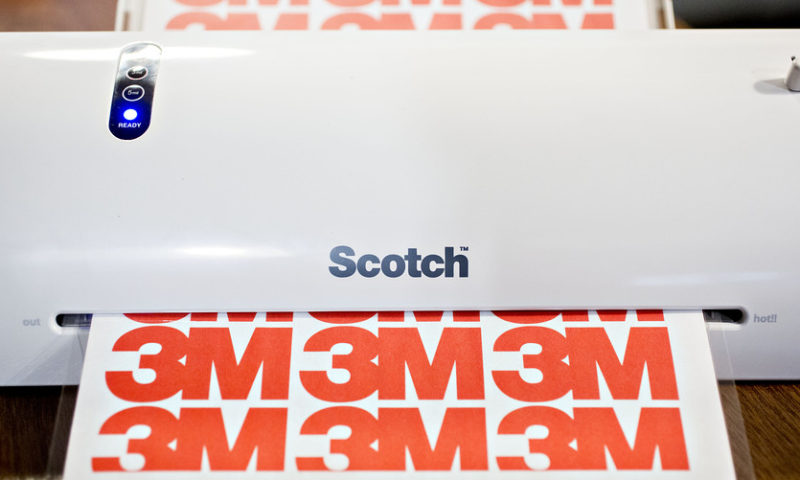 The S&P 500 and the Nasdaq closed lower Tuesday as investors sorted through a fresh batch of earnings reports and awaited clarity from the Federal Reserve on its monetary policy plans. However, the Dow bucked the broader weakness, buoyed by Pfizer and 3M.

In addition to raw earnings data, investors also focused on comments from companies to glean clues on how slowing global growth and U.S.-China trade tensions will affect American corporations’ profits this year.

Meanwhile, the specter of elevated trade tensions between Beijing and Washington mounted as the Trump administration rolled out criminal charges against China’s Huawei Technologies.

In an indictment unsealed late Monday, federal prosecutors accused Huawei of violating U.S. sanctions on Iran and of stealing trade secrets from a U.S. business partner. Intellectual property theft was an issue that the Trump administration has raised with China as it attempted to resolve a protracted trade dispute with the Asian country. Huawei denied the allegations.

Investors are eager for any new communication on the pace of rate increases and a reduction of the central bank’s balance sheet as the rapidity of those processes had been cause for concern in recent months.

Home prices in November grew at the slowest pace in four years, according to the S&P/Case-Shiller 20-city index, which rose 0.3% in November from October. Home prices rose 4.7% year-over-year.

The Conference Board’s consumer confidence index fell to 120.2 in January, down from 126.6 in December, and below the 125.0 reading expected by economists, according to FactSet data.

In the U.K., Parliament passed several amendments on Brexit, including a proposal to extend the Brexit timeline and to postpone the exit date if no deal was found until late February.

“Earnings numbers are showing definitively that the China slowdown is having an impact on U.S. companies,” said Mark Esposito, president of Esposito Securities, in an interview. “There was reason to think that Apple’s trouble was company specific, but now we’re seeing these other bellwethers like 3M and Caterpillar check in to say they’re also feeling the pain,” he said.

“Since the December meeting, Fed officials appeared to have delivered a coordinated message that the committee is ready to pause on quarterly rate hikes. The committee appears to be willing to wait until heightened uncertainty around the economic outlook dissipates before raising rates again,” said Lewis Alexander, chief U.S. economist at Nomura, in a note.

“Financial conditions have stabilized since this shift in policy became clear. At this point we do not think the committee wants to shift market expectations for policy. We believe the FOMC’s primary objective at the January FOMC meeting will be to confirm and reinforce the recent shift in policy,” he wrote.

Pfizer Inc. PFE, +3.14% rose 3.1% after it reported better-than-expected fourth-quarter results but offered guidance that was below analysts’ consensus estimates.

Shares of HCA Healthcare Inc. HCA, +4.78% rose 4.8% after the firm beat analysts’ revenue and profit estimates for the fourth quarter.

Xerox Corp. XRX, +11.40%  jumped 11% after its earnings topped expectations and the company issued an upbeat outlook.

Shares of Brinker International Inc. EAT, -10.71%  slumped 11% even after the parent of Chili’s and Maggiano’s restaurant announced fiscal second-quarter earnings that were in line with expectations.

In Europe, stocks closed higher, with the Stoxx Europe 600 rising 0.8%.

Apple revenue should continue to shrink, so why is the stock up?