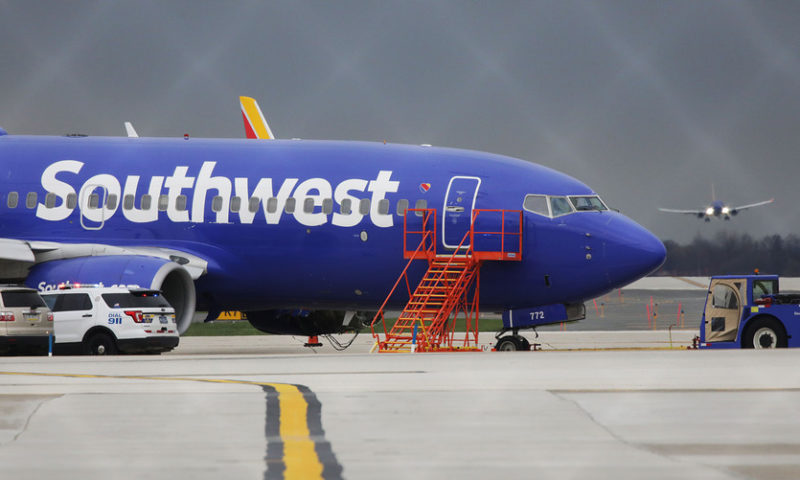 U.S. stocks on Wednesday bounced off session lows but finished in the red as sentiment remained sensitive to mounting signs of slowing global growth, reflected in falling bond yields on the heels of increasingly dovish central banks.

Demand for bonds remained strong, pushing yields on longer-term government debt to levels not seen in more than a year. Apprehension over softer growth in Europe and China fueled appetite for debt, particularly after the eurozone’s top central banker voiced concerns over the effects of negative interest rates, a policy the European Central Bank introduced nearly five years ago. Those comments came after the ECB lowered its forecast for eurozone gross domestic product this year to 1.1% from 1.7% and announced a fresh round of bank stimulus several weeks ago.

Eroding confidence in the economic outlook across the globe also compelled the Federal Reserve to lower domestic growth expectations for 2019 to 2.1% from 2.3% at its policy gathering earlier this month.

The U.S. trade deficit narrowed in January to a five-month low of $51.1 billion versus $59.9 billion in December. Economists polled by MarketWatch predicted a $57.7 billion shortfall.

Data from China’s National Bureau of Statistics, meanwhile, showed that profits at industrial firms fell by 14% in January and February, the largest decline since 2011.

Newfound dovishness from central banks and the weaker-than-expected data have come as the 10-year Treasury yield TMUBMUSD10Y, -0.78% fell below that of three-month bill, a phenomenon that is often viewed as an accurate indicator of coming recessions in the next 12 to 24 months, which, in turn, has raised anxieties on Wall Street. Recently, the 10-year yield was at 2.38%, falling further toward its lowest level since December of 2017 and deepening its inversion against the 3-month T-bill yielding 2.46%.

An inversion is a condition in which rates for shorter-dated government debt rise above those for longer-dated counterparts. The inversion between the three-month and the 10-year, which first took hold on Friday, was the first such since 2007.

In the U.K., Theresa May is staking her premiership on Brexit after she said she would quit if the deal that she supports is passed, according to The Wall Street Journal.

Brexit negotiations have been a key focus for investors as a disorderly exit has the potential to rock global markets.

“We’re in a period of consolidation as investors digest what is clearly a slowdown in the global economy and yet a very sharp shift in global central bank policy, led by the Fed,” said Carlos Dominguez, chief investment officer at Element Pointe Advisors in an interview.

“We think there is very strong support somewhere in the 2,700 range for the S&P 500, but we think the upside is somewhat capped until uncertainties like the China trade situation and Brexit are resolved.”

Shares of Southwest Airlines Co. LUV, +2.22% bounced back from early losses to rise 2.2%. The air carrier cut its first-quarter unit revenue and capacity guidanceand raised its costs outlook, citing the negative impacts of the government shutdown of Boeing’s 737 MAX 8 aircraft.