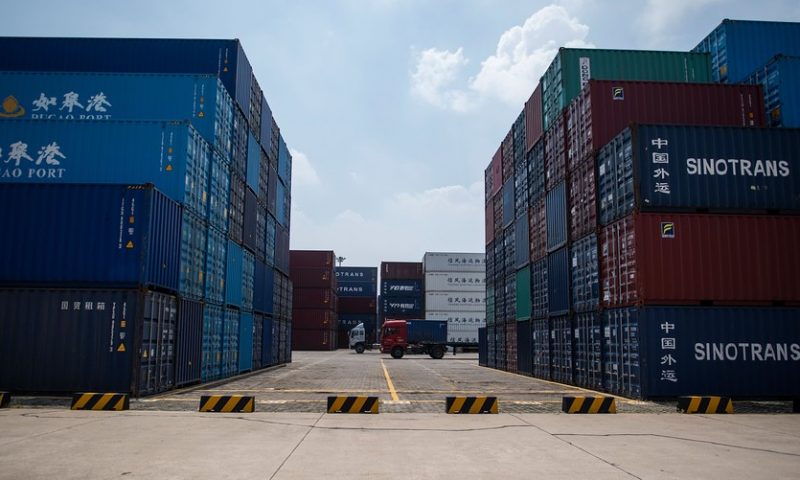 U.S. stocks closed slightly lower Monday during the Columbus Day holiday as investors concluded the trade deal with China announced Friday will not lead to significantly lower trade barriers or foster global economic growth in the near term.

Investors were sceptical that an agreement hammered out between the U.S. and China last week would do little to restore business investment or revive manufacturing after the imposition of import tariffs in the past two years disrupted global supply lines and raised input costs.

While a rise in U.S. tariffs on Chinese imports due Tuesday was shelved after President Trump announced a partial deal late Friday, no White House decision has been made yet on a planned new 15% tariff set to go into effect on Dec. 15 on about $160 billion in annual Chinese imports. U.S. Treasury Secretary Steven Mnuchin told reporters on Monday that if a deal isn’t in place by December, those tariffs will go ahead, but he also said, “I expect we will have a deal.”

As part of the deal, the U.S. postponed a planned tariff increase on $250 billion in Chinese imports to 30% from 25%, originally set to take effect Tuesday, in exchange for Chinese promises to buy $40 to $50 billion in American agricultural products annually though that would be double the $24 billion China bought in 2017.

Earlier Bloomberg reported Monday that China wants further discussions as soon as the end of October, to smooth out details of the so-called “Phase 1” trade deal announced by President Donald Trump that will delay a tariff hike, boost Chinese agricultural purchases and address foreign currency levels. The agreement was set out only in principle, and not in writing.

“Certainly, we’ve been on this roller coaster before with the suggestion that a resolution is around the corner, but then find out there are several more corners behind this one,” said John Carey, a portfolio manager and director of U.S. equity income at Amundi Pioneer Asset Management, in an interview with MarketWatch. “There was concern optimism might be premature.”

A bigger trade deal will come over time in three stages, according to Trump, with more divisive issues to be addressed later. These include Chinese practices that the U.S. alleges but Beijing denies, such as forced transfers of U.S. technology to its economic rival.

“As a practical matter these are only small concessions on both sides and a comprehensive deal between China and the U.S. may well have to wait until after next November’s U.S. elections,” J.P.Morgan analyst David Kelly wrote. “However, the fact that the negotiators were so anxious to announce a deal suggests that both sides now appreciate the damage being done to their economies by the conflict. This probably reduces the risk of a re-escalation of the war in the months ahead.”

Meanwhile the new IMF head, Kristalina Georgieva, sees a “serious risk” the global economic slowdown will spread, and on Tuesday the IMF is likely to cut its 2019 global growth forecast from 3.2%, already the weakest since 2009.

Investors also were eyeing developments in negotiations over Britain’s exit from the European Union, after optimism that a deal could be reached rose Friday following productive negotiations between U.K. Prime Minister Boris Johnson and Irish Prime Minister Leo Varadkar on the difficult question of the customs border between Britain’s Northern Ireland and the Republic of Ireland.

The British pound GBPUSD, +0.4601%, however, retreated Monday, after the European Commission said late Sunday that “a lot of work remains to be done” to finalize Brexit, while questions remain as to whether British Parliament will accept a deal negotiated by Johnson.

Analysts expected third-quarter earnings for the S&P 500 to have fallen 4.6% on a year-over-year basis, according to FactSet.

Trading volumes were lower due to the U.S. Columbus Day holiday which closes federal government offices and the U.S. Treasury bond market but leaves the stock and commodities markets open.

Shares of Dow component Boeing Co. BA, -0.46%  fell 0.46% after the company’s board said late Friday it voted to separate the roles of chief executive and chairman as the company has struggled to deal with issues related to the groundings of its 737 Max jet.

The aviation company said Dennis Muilenburg will continue as CEO, president and a board member, while David Calhoun, the current independent lead director, will become non-executive chairman.

Fellow Dow constituent Nike Inc.’s NKE, +1.07%  stock added 1.07% after it was upgraded to neutral from underperform by Bank of America Merrill Lynch, based on a bullish outlook for the company’s sportswear business.

Shares of Fastenal Co. FAST, -2.52%  fell 2.25% Monday after the stock was downgraded to “market perform” from a “strong buy” by Raymond James. The stock rallied 17.2% Friday after the company reported better than expected earnings for the quarter ended Sept. 30.

Sempra Energy SRE, -0.04%  announced Monday that it would sell its equity stakes in its Chilean businesses for $2.23 billion in cash to State Grid International Development. Shares closed slightly lower by 0.04%.