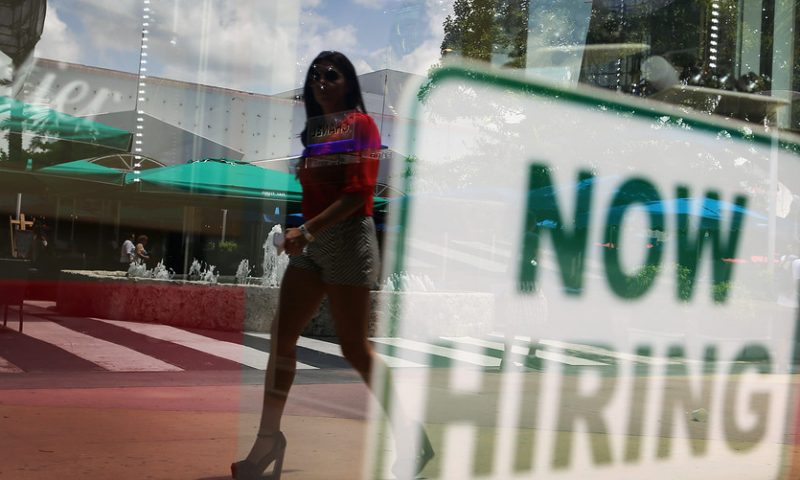 All three major benchmarks indexes set new intraday highs Friday and the main indexes all posted gains for the week despite Friday’s weak close. The Dow saw a 0.7% weekly advance, while the S&P 500 rose 0.9% and the Nasdaq gained 1.8%.

What’s was driving the market?

“While disappointing on the headline, today’s payroll miss is unlikely to change the outlook for the U.S. economy as the results are consistent with economic output chugging along at trend pace,” said Charlie Ripley, senior investment strategist for Allianz Investment Management. “Overall, today’s report is a precursor to what we can expect in 2020, an economy extending the current expansion at a moderate pace.”

However, growth in average hourly earnings came in below expectations, rising 0.1% from December, versus a 0.3% expected by economists. Revisions to prior months’ estimates were also negative, with October gains revised down from 156,000 jobs to 152,000 jobs and the November increase from 266,000 to 256,000.

“A miss is a miss, and the downward revisions to November and October’s figures are disappointing. But at this stage of the economic cycle, the U.S. is still enjoying an impressively strong pace of job growth,” said Ulas Akincilar, head of trading at online trading platform INFINOX.

“Of greater concern is the slowing pace of wage growth — which slipped to 2.9% in 2019 as a whole — and could steadily become a brake on the wider U.S. economy,” he said.

Investors were also digesting an announcement by the Trump administration of fresh economic sanctions on Iran, following an attack on U.S. military facilities in Iraq that was in retaliation for the killing of a top Iranian general by U.S. forces last week. The sanctions target eight “senior Iranian regime officials” as well as the nation’s steel, aluminum, copper and iron industries, according to the Treasury Department.

Meanwhile, a Chinese delegation is expected to arrive in Washington on Monday to complete a phase-one trade agreement with the U.S., which has arguably been the most influential driver of stock moves for more than a year. President Donald Trump said he wants a partial trade deal signed by Jan. 15 or shortly thereafter.

Spirit AeroSystems Holdings Inc., SPR, -4.25%, which supplies Boeing Co. 737 Max jets with fuselage, wing components, and other major structures, said Friday it would lay off about 2,800 workers at its Kansas plant and plan more layoffs in the coming weeks. Shares fell 4.3%.

Shares of Grubhub Inc. GRUB, -6.01% fell 6% after the food-ordering company said isn’t looking to be sold, countering reports from the New York Post that had suggested otherwise.

Shares of Six Flags Entertainment Corp. SIX, -17.82% plummeted 17.8% Friday, their biggest-ever one-day decline after the theme park operator warned of a fourth-quarter revenue shortfall and said its partner in China has defaulted on its agreements.

Treasury yields slipped on haven buying Friday, following a tepid December jobs report and the announcement by the U.S. of new sanctions against Iran. The yield on the 10-year U.S. Treasury note TMUBMUSD10Y, -2.02% fell 3.3 basis points to 1.825% during Friday trade.

Aurora Cannabis now has a $1 price target from two analysts