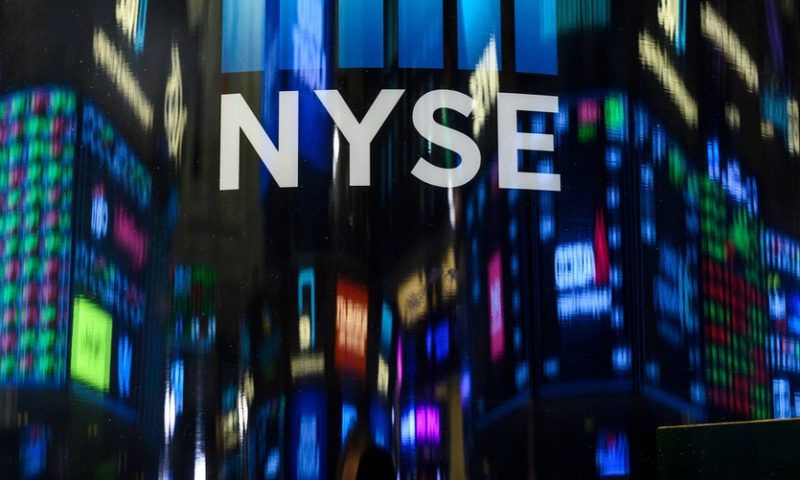 Stocks closed higher Thursday in a choppy, low-volume session following reports that the U.S. and China have made progress toward a trade deal even as investors weighed data showing U.S. economic growth slowed in the fourth quarter from above-trend rates.

Optimism over trade, however, was tempered by the final reading of U.S. gross domestic product growth in the fourth quarter which was lowered to 2.2% from an estimated 2.6% annualized rate.

The cut was sparked by softer consumer spending and subdued business investment, and brought GDP growth for 2018 to 2.9%.

The GDP report comes on the heels of heightened anxieties about sluggish growth in China and Europe that Wall Street investors fear has already begun to affect the U.S., reflected in falling yields of government debt, which move opposite of prices.

In the U.K., John Bercow, the speaker of the House of Commons said parliament would be able to vote for a third time on Prime Minister Theresa May’s Brexit proposal after substantial changes were made to legislative language. May on Wednesday said she would be willing to step down if her plan to usher Britain out of the European Union was approved by Parliament. However, lawmakers failed to find a majority on any given path for Brexit, in a series of indicative votes, adding to political uncertainty and beginning a tussle for the nation’s leadership.

What data and Fed speakers were in focus?

The number of Americans seeking first-time jobless benefits fell to 211,000 from a revised 216,000 for the week ended March 23, the Labor Department said.

Pending home sales fell 1% in February from the month prior and 4.9% from the year earlier, the National Association of Realtors said. Contract signings for homes have declined on an annual basis for 14 straight months.

Fed Vice Chairman Richard Clarida credited supportive policy responses in the U.S. for shielding the economy during the 2011-2013 eurozone debt crisis and the China devaluation of 2015-2016. Clarida, speaking at the Banque de France and European Money and Finance Forum colloquium, said that the key message from those episodes points to “the importance of timely policy adjustments by the central bank.”

“Trade has stolen the headlines from concerns over the yield curve to drive the market today,” Ryan Nauman, market strategist with Informa Financial Intelligence told MarketWatch.

While reports of fresh progress have helped boost stocks Thursday, Nauman said, “I do believe that a trade deal is mostly baked into the prices, which is a bit scary because the longer this drags on without a concrete deal, it will create growing angst.”

“Global growth is stagnating both at home and abroad, and this kind of GDP read may flash as a warning signal to market watchers that there is more turbulence ahead,” Mike Loewengart, vice president of investment strategy at E-Trade Financial Corp., said. ”Some may see this as a data point confirming their worries that we are headed to the end of the business cycle, especially after the inverted yield curve news last week.”

“That said, there are a fair amount of positive indicators out there — strong jobs numbers, an uptick in wages, and a solid earnings season — to pump some confidence back into the market,” he added.

Shares of ride-hailing company Lyft Inc. LYFT, +0.00% rose to an indicative range between $70-$72, with final pricing slated for later Thursday, ahead of the startup’s planned initial public offering on Friday.

Shares of Nielsen Holdings PLC NLSN, -11.15% slumped 11% after the New York Post reported Wednesday evening that Blackstone Group BX, +0.58% is backing out of a potential deal to take the company private. Private-equity firm Apollo Global Management “is also losing interest,” in a potential buyout, according to the report.