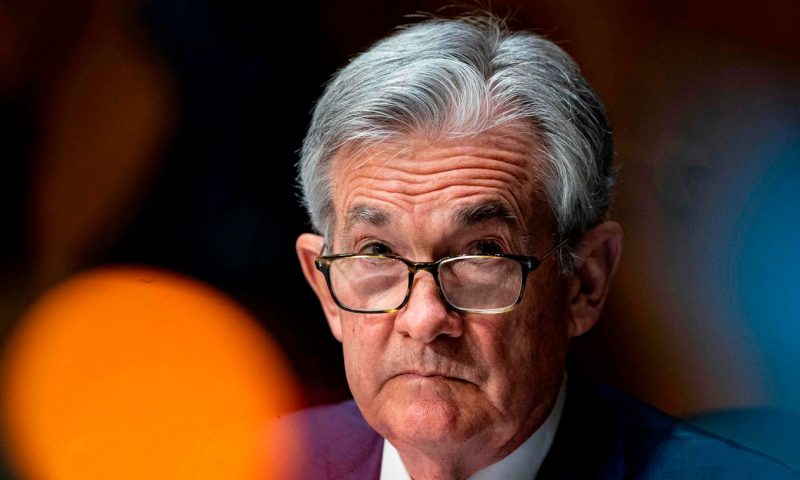 It is a point that some Wall Street investors might find some comfort in ahead of a what could be a crucial meeting of the Federal Reserve next week, even if no fundamental changes to policy are expected.

“This week’s Fed meeting holds great consequence not only for the typical monetary policy implications associated with an [Federal Open Market Committee], but also as arguably the final ‘tradable’ event of 2020,” write Ian Lyngen and Ben Jeffery, fixed-income analysts at BMO Capital Markets in a Friday note.

The Fed holds its final policy meeting of the year on Dec. 15-16.

“There is, perhaps, a little bit more uncertainty than normal as to where the Fed will land,” on a number of key points, heading into the end of the year, Krishna Gua, vice chairman of Evercore ISI, told MarketWatch in a Friday afternoon interview.

Gua, a former Fed communications official, ex-member of the New York Fed’s Executive Committee on Financial Stability and Regulatory Policy, as well as an economics journalist in a former life, knows well the task that lays before Fed chair Jerome Powell as the central banker sets the table for the year ahead that will likely still be dominated by the COVID-19 pandemic, the central bank’s response to it, and a hoped-for economic recovery in full bloom.

Stock markets have leaked oil in the first full week of December, ending lower and halting a multiweek win streak, after an otherwise solid start to the past month of the virus-stricken year.

Investors have grown more optimistic amid the promise of the Food and Drug Administration’s authorization of the Pfizer PFE, -1.46% and BioNTech BNTX, -1.73% experimental vaccine for the coronavirus that is already being deployed in the U.K.

But a number of factors are worrying market participants, including a lack of firm progress on another round of fiscal relief from lawmakers in Washington, a potential no-deal Brexit, and fears that stocks are scaling new heights even as the virus is infecting more people across the globe.

Against that scenario, Gua said that the two-day meeting that ends Wednesday could prove pivotal.

This is an important meeting at which the Fed may very well clarify its [quantitative easing] plan and adjust some of its QE settings and this is particularly important for markets,” the Evercore researcher said.

A number of economists believe that the Fed should tamp down on any further steepening of the U.S. Treasury yield curve by shifting the focus of its purchases to longer-dated bonds from shorter-dated instruments.

The Fed has been buying $120 billion a month in Treasury and mortgage debt to hold down long-term yields.

“In our judgment, the simplest, and most direct, way for the [Federal Open Market Committee] to provide more support for the economy right now would be to buy more duration, writes Lewis Alexander, US Chief Economist at Nomura, in emailed comments.

“ That is what we expect the FOMC to do next week if it decides to provide more accommodation,” writes Alexander.

Gua isn’t certain that the Fed will commit to indicating that it will buy longer-dated bonds at this meeting but thinks that it should.

The 10-year Treasury yield note TMUBMUSD10Y, 0.922% was at 0.889%, down nearly 11 basis points from 0.968% last Friday, as Brexit concerns and a muted inflation report helped to support appetite for bonds, pushing prices higher and yields lower.

Softness in the economy, highlighted by the most recent employment statistics, make the case for more action, Gua notes.

Labor Department weekly data on Thursday revealed that new applications for U.S. unemployment benefits jumped to a nearly three-month high, showing layoffs surging by 137,000 to 853,000 in the seven days ended Dec. 5. The closely followed nonfarm-payrolls report for November also underscored that job creation is slowing, suggesting a multiyear recovery is at hand, rather than a quick V-shaped economic bounceback that may be reflected in the stock market rally of late.

“With the economy showing signs of weakness in the latest employment report and ongoing gridlock over fiscal aid..,” the Fed may be in inclined to adopt the approach of “doing more rather than less,” Gua said.

Alexander indicated though that Powell may be in no hurry to provide further monetary accommodation but also believes that weakening economic data make the case more compelling for the FOMC to act sooner than later in either buying longer dated bonds or increasing the pace of its asset purchase while keeping the composition fixed.

A report by Oxford Economics also suggests that a Fed failure to act soon would come as a number of coronavirus relief measures, including moratoriums on evictions and mortgage-foreclosures as well as a suspension of student-loan repayments, are set to expire near the start of the new year or just before the end of 2020.

“As economic momentum slows and Covid cases surge, we look for monetary policymakers to fortify the bridge that supports the economy until vaccinations become widely available,” wrote researchers at Oxford Economics led by James Watson, senior economist in a Friday research report.

The Wall Street Journal reported that Fed forecasters have been surprised by the strength of the rebound, despite the increase in deaths and hospitalizations due to COVID-19 in recent weeks. FOMC members also take heart in the emergence of remedies from Pfizer and BioNTech and other drugmakers which are seen as limiting the downside risk from the pandemic over the near to midterm.

The Fed’s meeting comes after the European Central Bank expanded and extended its asset-buying program last week, vowing to keep an eye on the euro exchange rate EURUSD, 0.38% as it attempts to shore up the eurozone economy amid a rise in COVID-19 infections and lockdown measures to limit the spread of the pathogen.

BMO’s Lyngen & Jeffery believe a portion of the bond market could be caught flat-footed, resulting in some volatility, regardless of the Fed’s decision.

“ Setting aside the divergence of opinions of pundits and Fedwatchers, the price action itself reflects some degree of incorporating a non-zero probability the FOMC follows through with what is widely seen as the next logical step down the path of accommodation,” the BMO analysts write.

“While the question of changing the composition of bond buying is at the top of Wednesday’s agenda for market participants, the Fed is also in a position to deliver firmer outcome-based guidance on the length of the current QE program,” the pair note.

Beyond the Fed’s announcement next week, investors will watch for an update on the Brexit developments, possibly as soon as Sunday.

In U.S. economic reports, data on import prices and the Empire Sate manufacturing index is due Tuesday at 8:30 a.m. Eastern Time, along with a report on industrial production and capacity utilization at 9:15 a.m.

A closely followed reading of retail sales for November is due on Wednesday at 8:30 a.m. on Fed day, while IHS Markit reports manufacturing and services will be released at 9:45 a.m. that day.

On Thursday, investors will see another round of weekly jobless claims and parse reports on housing starts, permits and the Philadelphia Fed index all at 8:30 a.m.

Friday concludes with a reading on the current-account deficit, a measure of the nation’s debt to other countries, and a report on leading economic indicators from the Conference Board at 8:30 a.m. and 10 a.m., respectively.