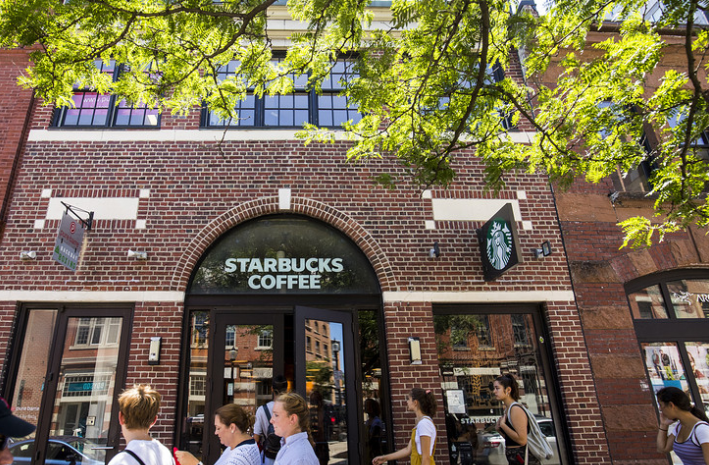 Shares of Starbucks Corp. rose nearly 6% in the extended session Thursday after the company reported fiscal third-quarter profit and sales above Wall Street expectations and raised its guidance for the year.

Adjusted for one-time items, the company earned 78 cents a share in the quarter, compared with 62 cents a share a year ago. Revenue rose to $6.8 billion, from $6.3 billion.

Analysts polled by FactSet had expected the company to report adjusted third-quarter earnings of 72 cents a share on sales of $6.7 billion.

“Our two targeted long-term growth markets, the U.S. and China, performed extremely well across a number of measures as a result of our focus on enhancing the customer experience, driving new beverage innovation and accelerating the expansion of our digital customer relationships,” Chief Executive Kevin Johnson said in a statement.

The company earlier this week reported a deal with Uber Eats, a unit of Uber Technologies Inc., to launch a nationwide delivery program, and that it would take an equity stake in restaurant tech company Brightloom, previously called Eatsa.

Amazon’s run of record earnings comes to an end, and the stock is falling