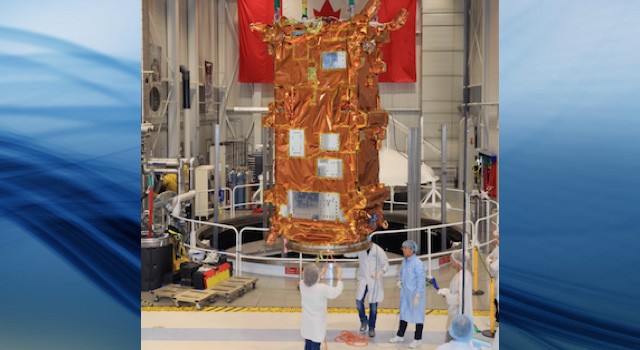 There’s been another delay in the launch of Canada’s three Earth-observation satellites known as the RADARSAT Constellation.

The satellites, which will use radar to locate ships and keep an eye on the Arctic, were scheduled to be launched from California by SpaceX in November, but they have been rescheduled to February.

Final costs for the federal government project have risen to more than $1 billion from an original estimate of $600 million when it was first announced more than a decade ago.

Mike Greenley, group president of MDA Corp., the builder of the satellites, said Friday the latest delay will not add to the cost.

He said that SpaceX, a private space-launch venture headed by Elon Musk, regularly adjusts its launch schedule, and Canada will just have to wait its turn.

The three satellites will replace the RADARSAT-2 satellite, which has been in orbit since 2007. It was designed to last seven years, but is still operating.

The first of the three RADARSAT Constellation satellites was supposed to be launched in 2014, with the two others to follow a year later.

Now, all three will be launched together.