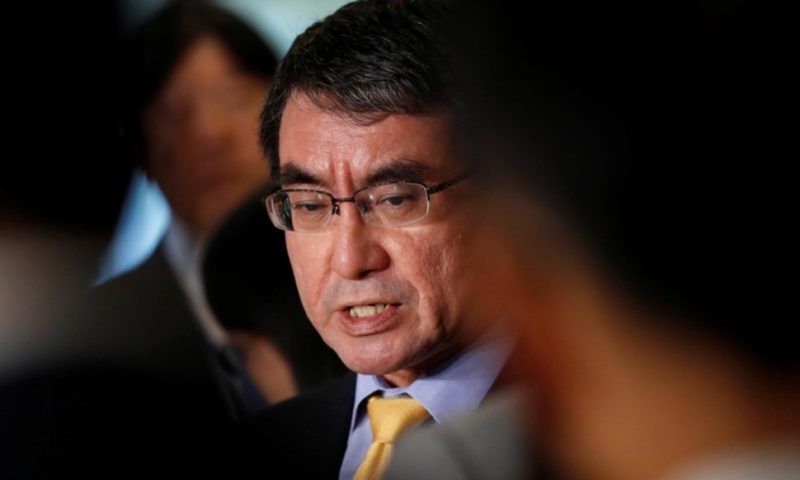 The binding court verdict is straining ties between the neighbors and could affect their bid to rein in North Korea’s nuclear program, analysts say.

“The Japanese government must be clearly aware that excessive political emphasis on the present case will be of no help to the future-oriented relationship between South Korea and Japan,” the South’s foreign ministry said late on Tuesday.

It was referring to comments by Japan’s Foreign Minister Taro Kono in a Bloomberg interview on Sunday, when he said, “It would be difficult for any country to do anything with the South Korean government” if a court could reverse Seoul’s pacts made under international law.

The two countries share a bitter history that includes Japan’s 1910-45 colonization of the Korean peninsula and the use of comfort women, Japan’s euphemism for girls and women, many of them Korean, forced to work in its wartime brothels.

Kono’s remarks threatened to add fuel to the controversy, the ministry said.

“South Korea is very concerned that Japan’s leaders in positions of responsibility are disregarding the root cause of the issue…and continue to make comments that rouse our public’s emotions,” it added.

“Japanese government leaders’ remarks are inappropriate and unwise,” he said in a statement on Tuesday that accused Japan of trying to stoke a diplomatic dispute with the issue.

The row was triggered by a Supreme Court ruling that Nippon Steel pay 100 million won ($87,700) to each of the four steel workers who sought compensation and unpaid wages, saying their reparation rights were not terminated by a 1965 treaty.

Japan says the pact “completely and finally” resolved the issue.

On Wednesday, its chief cabinet secretary, Yoshihide Suga, said South Korea was in violation of international law after the Supreme Court verdict, and urged Seoul to immediately take redressal steps.

“We are watching to see what concrete steps the South Korean government will take,” Suga said.

“There has been a ruling by the judiciary that differs from the previous government stance, so we have to arrange our stance,” said the official, who declined to be named.

“This takes time, and the Japanese government overly criticizing our government does not help.”

South Korea says nearly 5,000 victims of wartime forced labor are alive, from a total of nearly 150,000.

In December, a South Korean appeals court is expected to rule on similar compensation claims against Mitsubishi Heavy Industries .

US equities were biased higher while traders await US election results