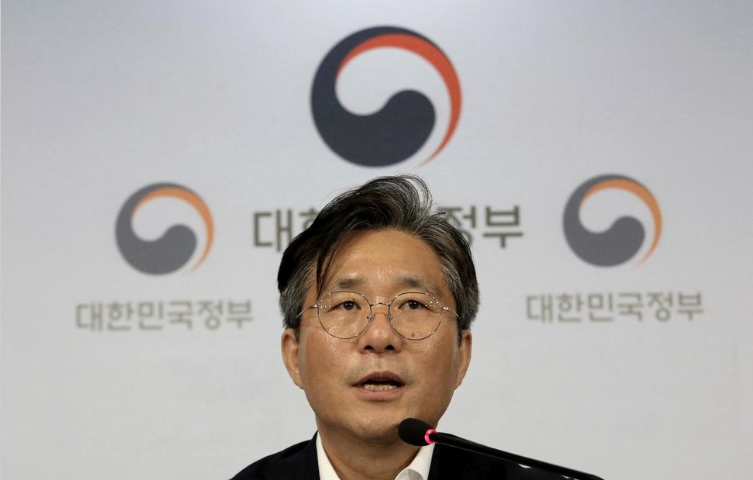 South Korea will spend $6.5 billion over seven years on research and development for technology materials and parts to reduce its industrial dependence on Japan during an escalating trade row.

SEOUL, South Korea — South Korea said Monday it plans to spend 7.8 trillion won ($6.5 billion) over the next seven years to develop technologies for industrial materials and parts as it moves to reduce its dependence on Japan during an escalating trade row.

South Korea’s plans are aimed at stabilizing the supply of 100 key materials and parts in semiconductors, display screens, automobiles and other major export sectors, where its companies have heavily relied on Japanese imports to produce finished products.

“Our industries for materials, parts and equipment have been compared to a cormorant,” said Sung, referring to how fishermen exploit the bird’s behavior of spitting out the fish it snatches out from rivers, while explaining how South Korea’s imports from Japan grew whenever its own exports increased.

He said those South Korean industries should become more like a pelican, which “raises its own chicks inside its bill, where it also keeps the food.”

The announcement came days after Japan’s Cabinet approved the removal of South Korea from a list of countries with preferential trade status, which would require Japanese companies to apply for case-by-case approvals for exports to South Korea of hundreds of items deemed sensitive.

The decision followed a July measure to strengthen controls on certain technology exports to South Korean companies that rely on Japanese materials to produce computer chips and displays used in smartphones and TVs, which are key South Korean export products.

South Korean officials have vowed tit-for-tat retaliation, including taking Japan off its own “whitelist” of nations receiving preferential treatment in trade. South Korea’s presidential office said it will also consider ending its military intelligence-sharing pact with Japan as part of its countermeasures, saying it could be difficult to share sensitive information considering the deterioration of trust between the countries.