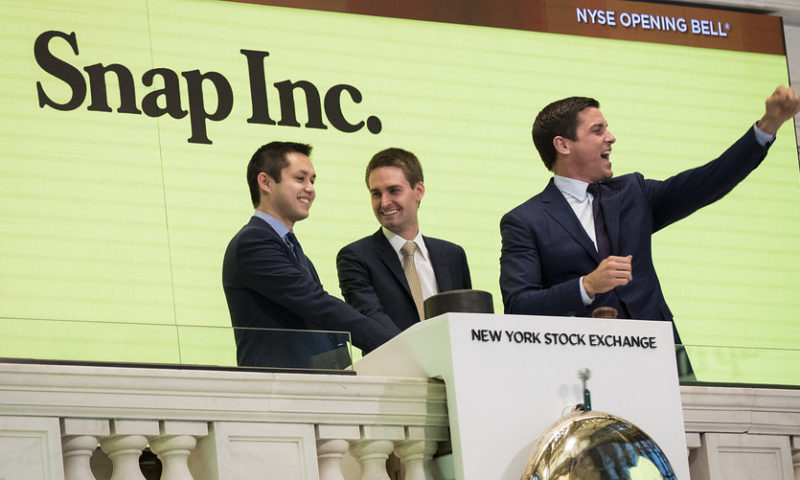 ‘We do not believe the pain is over,’ writes BTIG

Snap Inc. shares are getting hammered in Wednesday trading, after an analyst at BTIG cut his rating to sell from neutral and warned that the share price could get cut by nearly half within a year.

The downgrade comes as Snap SNAP, +1.30% faces both internal and external pressure, amid executive departures and competition from Facebook Inc.’s FB, +0.48% rival social-media app Instagram. Shares have tumbled 26% over the past month. They’re off nearly 8% toward a record low in Wednesday’s session alone.

“We do not believe the pain is over,” wrote BTIG’s Richard Greenfield, who set a target price of $5. Snap’s stock recently changed hands at $9.16.

Greenfield is concerned about monetization trends at Snapchat, given his understanding of user preferences. Young people on Snapchat tend to like messaging their friends through the service, but he sees relatively weak interest in creating or watching Stories.

“Unfortunately for Snapchat, messaging monetization is far weaker than stories/Discover content,” he wrote. Discover is where Snap houses non-friend content from professional publishers as well as influencers and other Snap users who’ve made their content available to all. Multiple Discover publishers told Greenfield that their traffic is down 50% from the peak.

He also worries about the lack of product innovation at Snap and what he deems to be the declining quality of ads on the service. Ad quality suggests to him that higher-tier advertisers might be giving up on Snapchat.

Also on Wednesday, Jefferies analyst Brent Thill reduced his price target to $11 from $14 due to his concerns about user trends. Thill’s recent look at Android usage indicated that daily-active-user counts and time spent on Snapchat both “continued to trend negatively.” He worries that if some users see their friends leave the platform, they’ll also see less reason to open the Snapchat app.