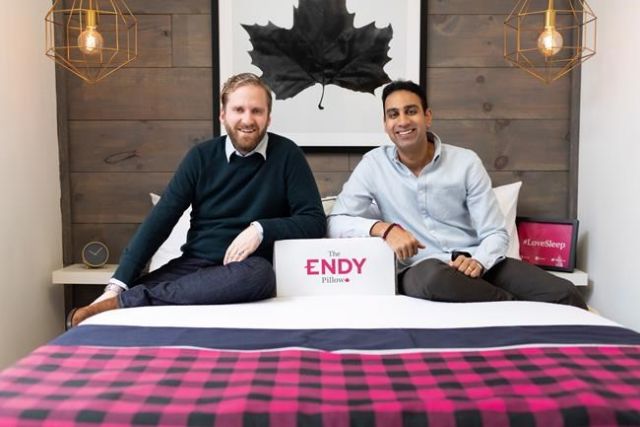 Sleep Country Canada’s $88.7 million purchase of Canadian mattress start-up Endy won’t mean the two will be amalgamated or that the brand will cease selling products from Endy’s bed-in-a-box competitors.

Toronto-based Sleep Country said Friday that the two will operate separately and that Sleep Country won’t abandon selling the Bloom mattress-in-a-box that it launched in May 2017.

“Bloom is not going anywhere. We sell it out of our stores and we sell it online and we plan to keep doing that,” said David Friesema, Sleep Country’s chief executive officer, on a call with analysts. “It is one of our fastest growing product launches we ever had in our history.”

Friesema said Sleep Country was interested in buying Endy — built by two friends that met as high school students in Calgary and disrupted the mattress industry when they launched their company in 2015 — because of the synergies between the two brands.

Despite Endy and its U.S. rival Casper increasing competition in the sleep products industry, he said the Endy purchase wasn’t meant to be a “defensive move.”

“We have been watching carefully and we have been talking for a while,” Friesema said. “This is the right time to make the purchase.”

They said it is unlikely that Endy products will land in Sleep Country stores, though they admitted executives had discussed the possibility but decided to leave the decision up to Endy to make in the future.

Their partnership comes at a key time for both brands. Sleep Country has long been grappling with bed-in-a-box competitors and the growth of e-commerce. It only launched an online sales offering about a year ago and has been keeping an eye on how it can reinvigorate its brick-and-mortar spaces and boost its sleep accessory sales.

Meanwhile, Endy’s last year has put it on track to post $50 million in revenues this year, though it has also been challenged by competitors. Casper has aggressively expanded in Canada and is slowly opening retail stores — a feature Endy has yet to delve into.

Friesema said Endy will continue to evaluate whether it should jump into brick-and-mortar.

Rajen Ruparell, Endy’s co-founder and chairman, added that for now the company has been focused on growing its traffic online because 100 per cent of its sales are done through e-commerce.

He also said the 38-employee company was committed to remaining as “lean and efficient as possible.”

Did Fed’s Powell ‘light the fuse’ for a year-end stock-market rally?

Can-Am, Ski-Doo on a tear