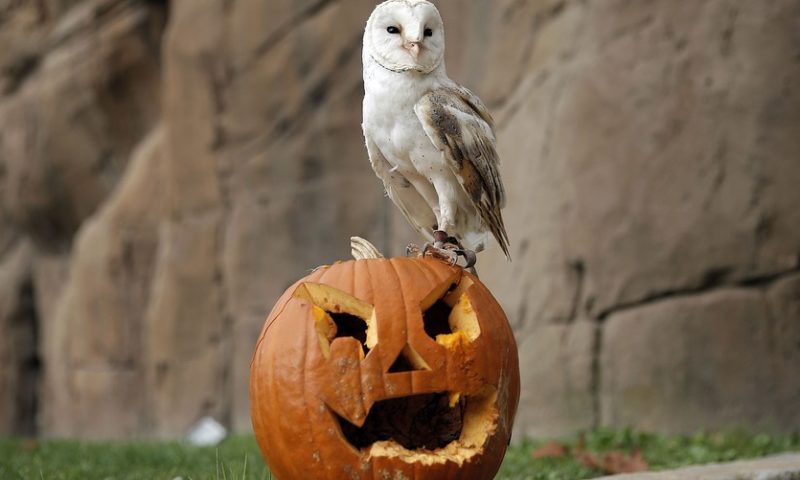 While October is a middle-of-the-road month, based on historic seasonality, it is extremely strong in midterm years

The month of September hasn’t lived up to its reputation for historical weakness in the U.S. stock market, which could provide some comfort to superstitious investors looking ahead to October, a month that is notable for some historic crashes and other turmoil.

Such rough years have made October a relatively weaker month for the major averages, even as it is typically a positive one, especially in midterm-election years.

Historically speaking, the Dow Jones Industrial Average DJIA, -0.40% rises an average of 0.6% over the month, a move that makes October the seventh-best of the year. Over the past 67 years, October has been positive for the blue-chip average 40 times and negative in 27 times.

The S&P 500 SPX, -0.33% typically rises 0.9% over the month, which is also good enough for seventh place, based on historical averages. The benchmark index has the same ratio of positive Octobers to negative ones as the Dow.

For the Nasdaq Composite Index COMP, -0.21% October stands as the eighth-best month of the year, based on data that goes back 46 years. It has historically risen 0.7% over the month, and October has been positive for the Nasdaq in 25 of the past 46 years.

Should performance hew to these historical averages in 2018, the S&P’s gain would be enough to take the index back to record levels, based on where it traded on Wednesday (there are still two full trading days left before the end of the month). The index is currently 0.6% below its intraday record.

The Dow is 0.9% below its intraday peak, meaning the average October move wouldn’t be enough to take it into uncharted territory. The same holds for the Nasdaq, currently 1.2% below its own record.

In a positive sign for investors, however, midterm years tend to correspond with extremely strong Octobers, according to the Almanac. While the Dow rises 0.6% in October overall, it jumps a far stronger 3.1% in midterm years. The S&P climbs 3.3% in midterm Octobers, more than three times the average overall gain, while the Nasdaq jumps 4.2%, six times its overall average.

For both the Dow and the S&P, October is the best month of the year in midterm years, while it is the sixth-best for the Nasdaq.

In another quirk of seasonality, October is the most volatile month of the year, as measured by the standard deviation for the major indexes. For all Octobers since 1896, when the Dow was created, the standard deviation of the Dow’s daily changes has been 1.44%. That compares to 1.05% for all months other than October.

For both the Dow and the S&P, the performance bucks a historic trend. According to the Almanac, September has historically been the worst month of the year for all the major indexes. On average, the Dow falls 0.8% over the course of the month, or 1% in midterm election years. The S&P drops 0.5%, typically, as does the Nasdaq. (For midterm years, the average shifts to a decline of 0.4% for the S&P and 0.8% for the Nasdaq.)