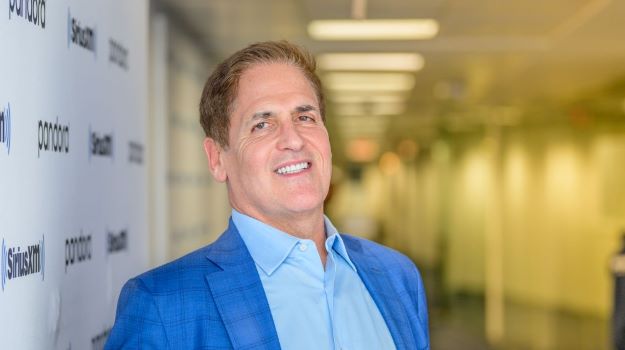 Billionaire entrepreneur Mark Cuban, best known as the owner of the Dallas Mavericks and an investor on the ABC business reality series “Shark Tank,” is diving into generic drugs with a new startup, dubbed Mark Cuban Cost Plus Drug Company.

The new company is dedicated to producing low-cost versions of high-cost generic drugs. On its website, the new company promises to provide “radical transparency” in how it prices the medications it sells.

“We will let everyone know what it costs to manufacture, distribute, and market our drugs to pharmacies. We add a flat 15% margin to get our wholesale prices. This makes sure we remain viable and profitable. There are no hidden costs, no middlemen, no rebates only available to insurance companies. Everybody gets the same low price for every drug we make,” the company said on its website.

The mantra behind Cuban’s new company is that everyone should be able to afford medicine. But not only should they be able to afford the drugs, Cuban’s philosophy is people should know how much it cost to make the medication so they will understand the fair market price the company intends to charge. High drug prices have forced many people to ration medications, or simply forego them because of the choice between medicine and other necessities like food or drink. Over the past several years there has been a push to lower the price of prescription drugs through the approval of new generics. However, it typically takes multiple generic approvals to significantly lower the cost of medications.

Mark Cuban Cost Plus Drug Company has a lofty goal of introducing more than 100 generic drugs by the end of 2021. The first medication the company intends to produce is the oral anti-parasitic medication, albendazole. First developed in 1975, albendazole, a treatment for hookworm and other similar infections, is on the World Health Organization’s list of essential medications. Despite that billing, citing a report on goodrx.com, Cuban’s company said the drug has a list price of approximately $225 per tablet, which means many people cannot afford the medication. Mark Cuban Cost Plus Drug Company intends to remedy that with a drastic price cut.

“At the Mark Cuban Cost Plus Drug Company, our cost to make and distribute the drug is approximately $13 per tablet. We add a 15% profit margin and charge $15 per tablet as a wholesale price to pharmacies, clinics, hospitals, etc. We then set a manufacturer’s suggested retail price of $20 per tablet. If you have insurance, the price can go down to less than a dollar a tablet,” the company said. “Our low cost albendazole product allows physicians to affordably treat hookworm outbreaks throughout America that were previously too expensive to treat systemically before.”

To support the manufacture of these generics, Cuban’s company intends to build its own pharmaceutical manufacturing facility in Dallas by 2022.

This isn’t the first time Cuban has expressed interest in the pharmaceutical industry. Four years ago he invested in Bay Area-based Perlara, a company focused on rare diseases. Cuban’s modest $250,000 investment in the company was sparked by a Twitter conversation over drug pricing.

Acquisitions of Biotech Startups Increased in 2020, With No Signs of Slowing Down