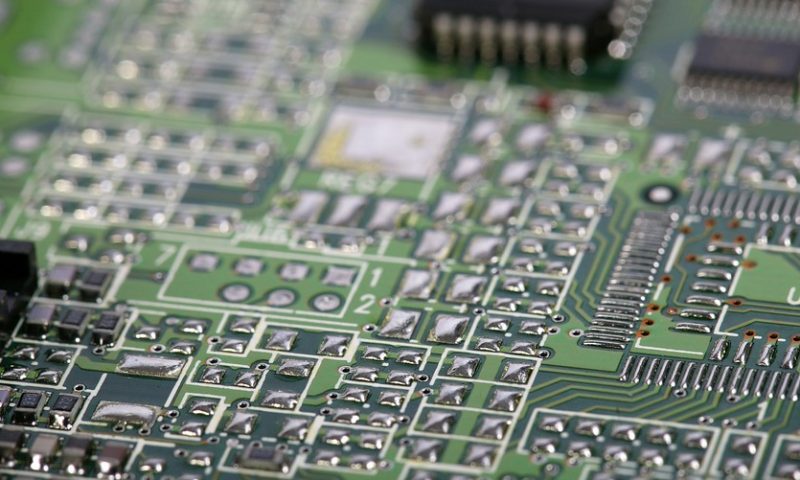 Semiconductor-related stocks rose Monday as some analysts reported signals of improving market conditions despite another month of double-digit declines in global chip sales.

Susquehanna Financial analyst Christopher Rolland reported Monday that he is cautiously optimistic that the chip sector has reached its bottom based on observations from a recent trip to Asia.

“While still mixed, most in the Asia supply chain describe a modestly improving 4Q and generally believe a bottom may be in,” Rolland said. “While most expect a muted recovery, some expect modest inventory replenishment to aid potential 1H20 recovery. Tariffs are also less of an issue as most OEMs have already migrated much of their needed manufacturing operations outside of China.”

Oppenheimer analyst Rick Schafer also said the tone of recovery appears cautious based on his visit to Asia.

“In aggregate, 3Q and 4Q are tracking in line, but the overall tone remains somewhat cautious given macro and U.S./China trade uncertainty,” Schafer said. “The latter issue is driving a transition back to a more regional (vs. global) supply chain, creating incremental logistical headwinds and inventory risk. By key end markets, server seems to be showing modest improvement in 2H vs.1H and into 2020 with better trends in cloud offsetting continued enterprise softness.”

While industry watchers have been pinning their hopes on a recovery in the second half of 2019, sales appear to still be weak compared with a strong 2018. Instinet analyst David Wong wrote Monday that figures from the Semiconductor Industry Association showing a year-over-year global sales decline of 16% in August indicates “we remain in a deep semiconductor downturn.”

“In our view, the numbers show little evidence of a recovery while perhaps suggesting some stabilization at a bottom,” Wong said, adding that with Micron, the memory-chip market still appears to be “very weak still.”

Back in May, analysts contended the industry faces its worst downturn in a decade, with the global market to contract by 7.4% to $446.2 billion, compared with a 11% drop in 2009. Wong’s estimates see an even bleaker drop, however, with a forecast for 15% year-over-year decline in sales. SIA reported global sales hit a record $468.8 billion in 2018, with more than 1 trillion chips shipping in a year for the first time.

The SIA is expected to release August numbers to the public later this week. At the beginning of September, it reported that global chip sales fell year-over-year for a seventh straight month in July.