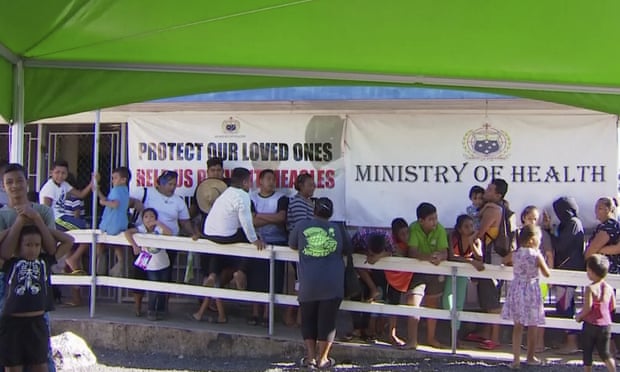 Children under five account for all but one of the deaths as suspected cases double to 1,644

Deaths related to measles have risen to 20 in the past week on the Pacific island of Samoa, the government has said, eight days after declaring a state of emergency over the outbreak.

The island state of 200,000, located south of the equator and halfway between Hawaii and New Zealand, declared a measles epidemic late in October after the first deaths.

Suspected cases of measles have more than doubled over the past week to 1,644, the government added on Friday. Children under five accounted for all but one of the deaths.

Staff from the UN agency Unicef have delivered 110,500 doses of vaccines this week as they fanned out across Samoa to boost its mandatory immunisation effort, the agency said. It has also worked with governments of other tiny Pacific nations to run immunisation campaigns and develop preparedness plans to combat a regional outbreak, it added.

Australia is sending a specialist team of doctors, nurses and public health experts to Samoa, along with equipment and supplies, the foreign ministry said.