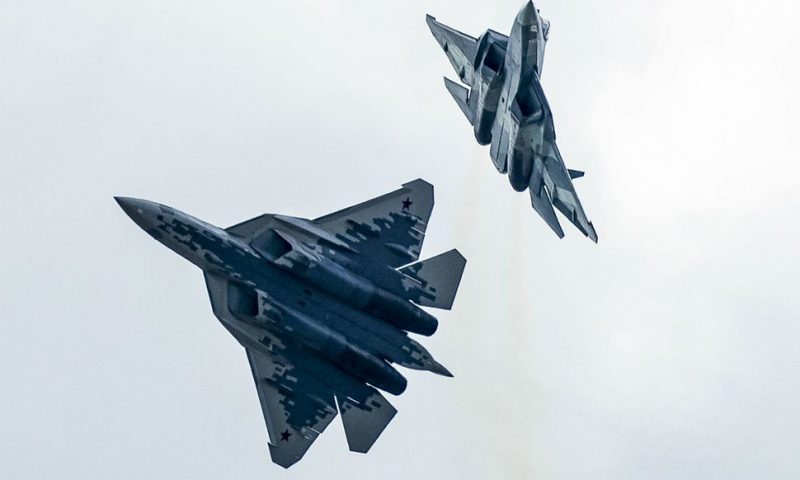 The cause of the crash was not immediately known.

A TOP-OF-THE-LINE Russian fighter jet crashed on a training mission Tuesday in the eastern part of the country.

The Su-57 fighter jet crashed near Komsomolsk-on-Amur during a training flight, but the pilot safely ejected, Russia’s United Aircraft Corporation said in a statement reported by ABC News.

No damage was reported on the ground and the cause of the crash was not immediately known, the statement said. Tuesday’s incident is the first loss of the jet, prototypes of which have been flying since 2010. The jet that crashed was to be the first delivered to Russia’s air force.

The Su-57 jet is the country’s most modern fighter aircraft, fit with stealth capabilities and advanced equipment and weapons, according to ABC.

The fighter jet, of which 10 have been constructed in Russia with an additional 76 ordered, was engineered to compete with the United States’ F-22 Raptor stealth fighter jet.

China Surpasses the U.S. in Wealth of Top 10%