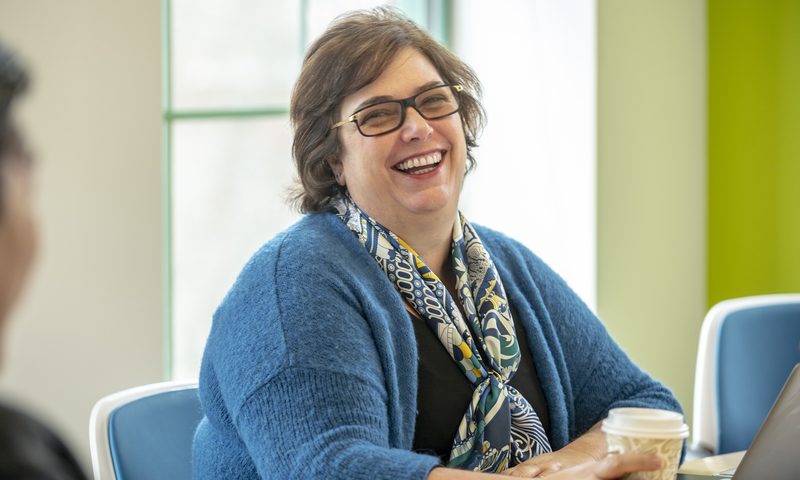 In 2018, Rosana Kapeller left Nimbus Therapeutics, the company she built from the ground up, “to do something different.” Two years and a stint at GV later, she’s unveiling that something: Rome Therapeutics, a new biotech startup looking to drug parts of the human genome previously spurned as “junk DNA.”

The company starts life with $50 million in series A capital from GV, Arch Venture Partners and Partners Innovation Fund. Its mission? To go beyond the 2% of the genome that codes directly for proteins in search of new drug targets for cancer and autoimmune disease. It’s looking at parts of the genome called the repeatome, made up of—you guessed it—repeating sequences of nucleic acids, called repeats for short.

Once considered to have no function, the repeatome has only recently become accessible, thanks to advancements in technology, Kapeller told FierceBiotech.

“People started understanding the role of repeats, that we shouldn’t be focused only on proteins as targets, but on RNA, and that RNAs have functions beyond just coding for proteins,” she added.

The company hopes that the repeats will hold the key to longer-lasting treatments for cancer and autoimmune disease.

“We think repeats can help us better understand diseases and also conquer and control them. The reason for that is a lot of those repeats look like viruses,” Kapeller said, adding that it’s a result of ancient viruses becoming integrated into human DNA over hundreds of millions of years. “So, they must play a role in human health and now we know they play a role in human disease.”

These viruslike strands of genetic material stay dormant in healthy cells, but when cells undergo stress—during circumstances like an infection, cancer or autoimmune disease—they “wake up” and may play a role in the development of that disease.

In the case of cancer, when a cell goes from healthy to malignant, DNA repeats switch on and get transcribed into RNA—which looks at lot like virus RNA. This calls forth a response from the innate immune system to come and quash the cancer cells.

But, being “quite smart,” the cancer cells can modify the viruslike RNA, making it into DNA that becomes part of the cancer cell’s genome, Kapeller said. This slashes the amount of RNA so that it’s no longer activating the immune response, and the cancer cells can grow and spread. But this defense mechanism could turn out to be cancer’s undoing.

That viruslike DNA only gets incorporated into the genome of cancer cells; it’s expressed in sick cells and not in healthy cells, Kapeller said. It could be a way to zero in on tumor cells while sparing healthy tissues.

Rome has picked out some targets to pursue in cancer and autoimmune disease but is keeping specific indications under wraps. It’s got a few years of “pretty traditional drug discovery” ahead of it, identifying and generating small-molecule modulators of its targets and then testing them in lab dishes and animal models in both disease areas.

“We’re not disclosing timelines right now,” Kapeller said. After all, Rome wasn’t built in a day.

Tesla stock rallies on hopes factory reopen is around the corner