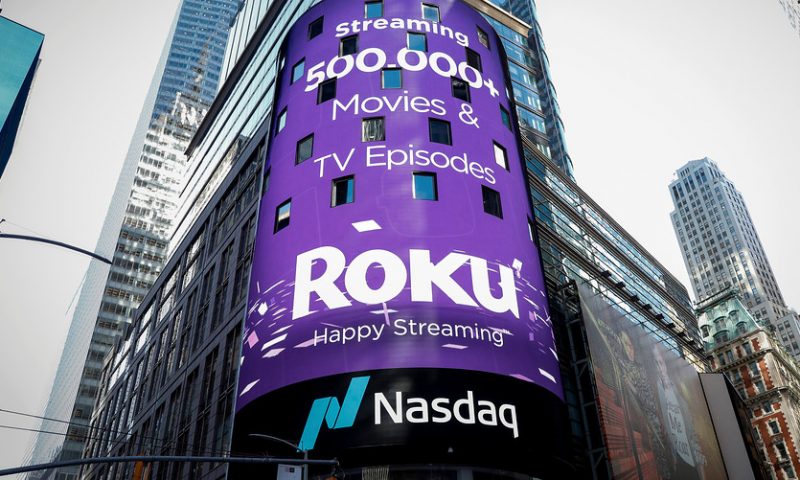 ‘When they win, we win,’ CFO says of Disney and other new streaming entrants

Roku Inc. shares were up 8% in after-hours trading Wednesday after the streaming-media company posted a sizable first-quarter revenue beat and forecast second-quarter revenue above expectations.

The company’s results were powered by another big quarter for its platform business, which grew 79% to $134 million and accounted for nearly two-thirds of Roku’s ROKU, +0.79% overall revenue. A year ago, the platform business topped the halfway mark for the first time.
Roku’s platform segment includes the company’s advertising and subscription businesses as well as its smart-TV licensing efforts. The company estimates that more than a third of all smart TVs sold in the U.S. during the quarter had Roku’s operating system built in, allowing Roku to beat out Samsung Electronics Co. Ltd. 005930, -0.45% as the top-selling smart-TV operating system for the first time.

Roku expressed optimism about the rise of streaming in general as well as the forthcoming launches of new streaming services, including from Walt Disney Co. DIS, +1.16% , which will debut its Disney+ offering this fall.

“These big commitments from players like Disney are further proof of the importance of over-the-top going forward,” Chief Financial Officer Steve Louden told MarketWatch. “When they win, we win in terms of economics.”

In its letter to shareholders, Roku said that it sees “subscription-based and ad-supported business models co-existing and attracting substantial consumer audiences, with revenue participation for Roku in both models.”

The company’s overall net revenue rose to $207 million from $137 million a year earlier and came in ahead of the FactSet consensus of $190 million. Average revenue per user on a trailing 12-month basis equaled $19.06, up 27% on a year-over-year basis. Roku said its active-account base grew by 2 million users sequentially, reaching 29.1 million in the first quarter.

For the second quarter, Roku expects revenue of $220 million to $225 million. Analysts were modeling $218 million in June-quarter sales. For the full year, the company projects $1.03 billion to $1.05 billion in revenue, up from a prior forecast of $1 billion to $1.025 billion issued a quarter earlier.