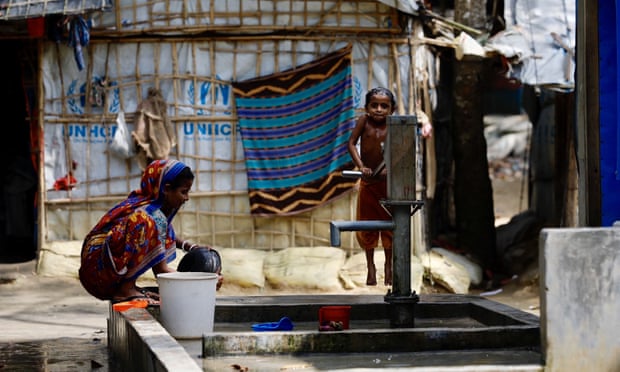 The UN has launched an inquiry into its conduct in Myanmar over the past decade, where it has been accused of ignoring warning signs of escalating violence prior to an alleged genocide of the Rohingya minority.

UN sources have confirmed to the Guardian that the initially hesitant UN secretary general, António Guterres, decided to proceed with the investigation after a “build-up in pressure” within the organisation.

It will be headed by Gert Rosenthal, a former foreign minister and Guatemalan permanent representative to the UN, who is thought to have begun overseeing meetings in the role.

“This review is not directed at any particular individual or agency, but rather at how the United Nations as an institution works on the ground and possible lessons learned for the future,” said Stanislav Saling, a spokesperson for the UN in Myanmar, adding that Rosenthal had no plans to travel to Myanmar for his investigations.

A senior UN official in New York, who asked not to be identified, said Rosenthal was chosen because “he’s considered to be a very serious and sober expert on UN workings. He knows the house from many different perspectives and is known to be someone who will speak his mind.”

There have been multiple calls for a full inquiry into UN operations in Myanmar in recent years, which were described as “glaringly dysfunctional”in a memo written months before the military-led crackdown on the Rohingya in Rakhine state in August 2017.

The violence, described by the UN as ethnic cleansing and possible genocide, included the killing of thousands of people, women and children raped, villages razed and forced more than 700,000 to flee over the border to Bangladesh. Marzuki Darusman, the chair of the UN fact-finding Mission on Myanmar, said late last year there was an “ongoing genocide” in Rakhine.

Phil Robertson, the deputy Asia director of Human Rights Watch, said: “It’s good that the UN is planning to engage in some serious soul-searching to understand what went wrong with their handling of the Myanmar crisis.

“Quite clearly, they failed to see and warn the world about what was clear to us and many others long before August 2017 – that the Burmese military was looking for an opportunity to launch a massive ethnic cleansing operation to get rid of the Rohingya.”

Criticism of the UN’s response has focused on allegations against Renata Lok-Dessallien, a former resident coordinator of Myanmar, who was accused of downplaying concerns about worsening abuses against the Rohingya; discouraging public statements critical of the NLD government, led by the de facto leader Aung San Suu Kyi; prioritising development strategies at the expense of human rights; and even suppressing internal reports that she did not like. The UN has denied most of these claims.

However, several UN figures and diplomats said the emphasis on Lok-Dessallien was misplaced, and that the UN failings were a reflection of much bigger issues within the UN system and the diplomatic community in Myanmar as a whole. In 2017 the UN described Lok-Dessallien “as a tireless advocate for human rights”.

The recent UN fact-finding mission to Myanmar, which concluded that the country’s military generals should be investigated for genocide and crimes against humanity for their actions against the Rohingya and other minorities, also called for a review into UN conduct in Myanmar, echoing a recommendation made months earlier by Yanghee Lee, UN special rapporteur for human rights to the country.

“The review needs to be independent from the UN and made available publicly when finished,” Lee told the Guardian.

Indeed, there are concerns that the inquiry will be purposefully limited in its scope and impact and it is not clear if the final report will be made public.

According to insiders, there is a wariness within the upper levels of the organisation that amid a climate of increasing hostility towards the UN by governments such as the US, a more wide-ranging inquiry report could sow division and damage the organisation’s reputation and ability to continue its peacemaking and humanitarian work. The source in New York said moves to initiate the review were stalled by internal tensions.

After a hiatus following the controversy around her leadership in Myanmar, Lok-Dessallien is widely expected to be appointed UN resident coordinator for India. She is likely to take up the post before the completion of the Myanmar inquiry, leading to further doubts over the chances it will prompt any individual accountability.

Sources within the UN system said officials at the the organisation’s headquarters in New York did not want a repeat of the damning and internally controversial 2012 Petrie report, authored by the former UN assistant secretary general Charles Petrie.

It concluded that during the endgame of the Sri Lankan civil war, where tens of thousands of Tamil civilians were killed, there had been a “systemic failure” by UN agencies on the ground to speak out for and protect civilians.

Individuals and agencies singled out for criticism in the review objected strongly to how their actions were characterised, leading to rifts inside the world body over how to follow up to the investigation.

“It’s hard not to say: ‘Here we go again’,” Robertson said. “There were supposed to be lessons learned after the fiasco in Sri Lanka in 2009 but apparently there weren’t.”

The review headed by Rosenthal will use Sri Lanka as a reference point against which to judge what lessons have not been learned within the UN system, the Guardian has been told.

Comparisons between Sri Lanka and Myanmar were made in a confidential report commissioned by the Office of the UN high commissioner for human rights in Myanmar in 2015.

“The situation bears a striking resemblance to the humanitarian community’s systematic failure in the final stages of the war in Sri Lanka, during which hundreds of thousands of Tamils were held against their will in internment camps that were fully paid for and serviced by international humanitarian institutions,” the 2015 report says.

Allegations of UN dysfunction in Myanmar have continued since Lok-Dessallien’s departure in 2017. The fact-finding mission report, which was released last August, noted that some UN entities in Myanmar had not cooperated with the investigation.

“Things are not as dysfunctional as they were,” said a UN insider based in Geneva, who asked to remain unnamed. “But the fundamental problems and deep divisions in opinion, response and strategy remain unresolved. Hopefully the Rosenthal review might be the vehicle that enables them to be addressed.”